Sydney casino war continues as The Star reveals plan to build a $500m hotel to compete with rival Crown Resorts. 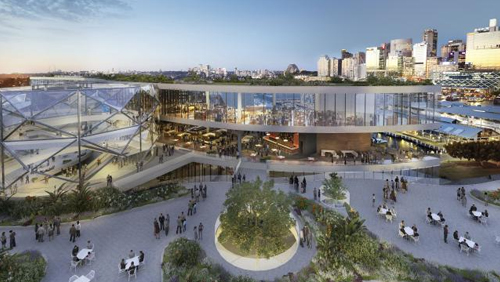 Casino operator The Star Entertainment Group is in discussions with the New South Wales government to build a 360-room hotel at its casino complex at Sydney’s Darling Harbor.

The company are in negotiations with Hong Kong companies Chow Tai Fook and Far East Consortium to expand the Star Casino into a six-star integrated resort.

The Star aims to take advantage of Chow Tai Fook’s more than 4 million members, of which 1.4 million are VIP members, and its links with China Travel, which books holidays for 50 million mainland Chinese tourists.

The Star is also tapping the Ritz-Carlton hotel brand to operate the luxury hotel tower, which could open by 2020. This would beat Crown’s six-star hotel in Barangaroo by more than a year.

“We are in discussions with The Ritz-Carlton to progress branding of the proposed hotel tower,” The Star spokesman told Sydney Morning Herald. “We will have a Ritz-Carlton as part of the Queen’s Wharf Brisbane project and look forward to the prospect of a Ritz-Carlton in Sydney.”

The new tower will be located across from the 275 meter Crown Sydney hotel that’s planned as part of Crown’s $2 billion Barangaroo casino project. James Packer was awarded a license to build a luxury casino and resort at Barangaroo to lure high rolling Chinese gamblers. It will open after the expiry of Star’s exclusive license to run a casino in Sydney in 2019.

The Star spokesman also said that the the company would have upgraded its Sydney casino and hotel complex to match the Brisbane resort regardless of whether or not Packer had a rival casino in Sydney.

The NSW government’s Department of Planning and Environment confirmed that The Star had asked for the environmental assessment measures and “the department would thoroughly assess it as it would any hotel proposal, including a community consultation program and public exhibition period of concept plans.”

“The impact this hotel will have on jobs and opportunities for Sydney cannot be underestimated,” said NSW Minister for Trade, Tourism and Major Events Stuart Ayres. “We are the absolute envy of every other state.”