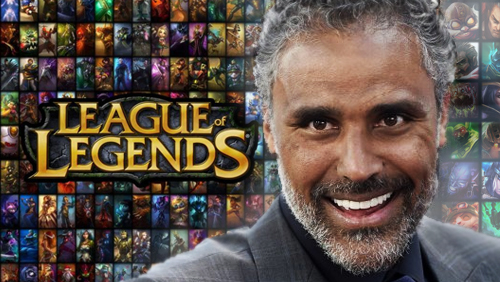 Former NBA star Rick Fox is the proud owner of a new eSports team after reportedly paying $1m to purchase the League of Legends side Team Gravity.

Rick Fox has treated himself to an early Christmas present after spending a million bucks on an eSports franchise.

In 2014, more than 27 million people watched the finals over the Internet, with 11,000 packed into Madison Square Garden to watch the event live. Only 19.9m watched the 2015 NBA Finals.

Speaking about the growth of eSports Fox said in a statement: “We are on the verge of something massive.”

Fox retired from the NBA in 2004. Since then he has carved out a pretty successful movie and TV career starring in the Spike Lee film He Got Game, playing prison inmate Jackson Vahue in the HBO show Oz and providing the voices of cartoon characters including the Nickelodeon show Fairly OddParents. In 2010, he finished sixth in Dancing With Stars, working alongside Cheryl Burke.