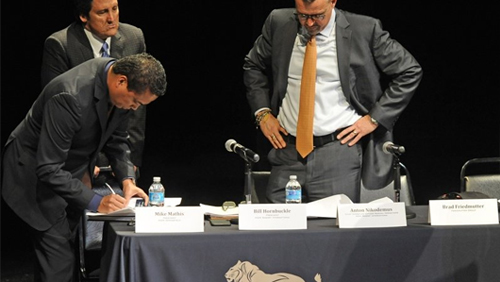 After several design changes, MGM Resorts International has received its final casino license for its $950 million integrated resort and casino, the company confirmed.

The Massachusetts Gaming Commission (MGC) voted unanimously on Thursday to allow MGM to begin construction on the casino site but approval on the latest design – including eliminating a 25-story hotel in favor of a “low-rise” building and moving an apartment complex outside the development – will be voted on at a later date.

“This approval has been a year in the making,” Michael Mathis, president of MGM Springfield told the Hartford Courant. “We are eager to bring this back to Springfield and work with the city to get final sign off for impactful demolition and construction.”

The state regulator is impressed with the progress that the Mashpee Wampanoag tribe has made on its Project First Light casino and resort in East Taunton.

MGC ombusdsman John Ziemba said that the tribe is quickly establishing its own gaming commission, which Native Americans, by law, are entitled to do.

“The bottom line is that it’s going very well so far,” said Ziemba during the commission’s 173rd public meeting.

In November, land was transferred into federal trust for the tribe’s initial reservation in Mashpee and Taunton. Tribal leaders expect to begin work on it in spring.

The tribe has an agreement with the state, requiring it to pay 17% in annual revenue if it remains the only casino in southeastern Massachusetts.

Plainridge Park revenue down about $1m

State officials had forecast Plainridge would generate $128 million in annual tax revenue, but based on the weaker-than-expected monthly numbers they have recently lowered that projection to $78 million.