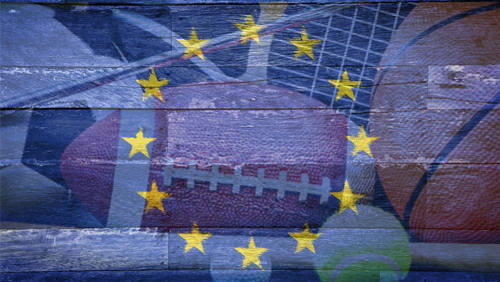 This is a guest contribution by Rob O’Connor, Editor at www.onlinegamblingbible.com. If you would like to submit a contribution please contact Bill Beatty for submission details. Thank you.

If you’re in North America and a sports fan, there’s little doubt that you’ll have heard of daily fantasy sports (DFS). If not by name, you’ll certainly have seen companies like Draft Kings and Fan Duel, the two major players in the industry, plastered across banners in stadia the length and breadth of the United States. You also might be at the point of dementia from seeing their TV commercials over and over again. Indeed they spent more than $100 million on TV ads in September 2015 alone, putting them in the top 10 for TV ad spending in the entire country, alongside the likes of Wal-Mart, Apple, and Geico.

Draft Kings has signed agreements with Fox, ESPN, MLB, UFC, NASCAR, and several NFL, NBA, and NHL franchises, and the company is now valued at well in excess of $1 billion. Not bad for a 4 year old company in and industry that basically didn’t exist until about 2007. Fan Duel is an official partner of the NBA and has individual deals with several NFL and NBA teams.

The basic premise of DFS is that you pick a team of players that are playing on the day in question and enter pay an entry fee to join a tournament with other ‘managers’. If your players do well that day and accumulate sufficient points, you win a prize that will be some multiple of the initial buy-in.

The lobby layout, payouts and structure of the tournaments will look very familiar to people who have played a lot of online poker. You can play heads-up games vs. a single opponent, you can play ‘double-up’ games where if you finish in the top half of the field you win double your buy-in back, and you can play in large field, guaranteed prize pool tournaments, with a tiered payout structure where the top managers earn many times the buy-in.

Fan Duel claim to have over a million active real money users as of late 2015, and the Big Two are an course to process $30 billion worth of transactions this year. This is serious business!

Legality in the USA

I’m from a poker playing background and have been reading up on US gaming legislation for close to a decade. The one thing that always used to pop out of the UIGEA and Wire Act discussions was that all gambling was bad, except for fantasy sports; that was always above reproach. Now however, that it’s a billion-dollar industry it has understandably drawn a little more interest. Lawmakers around the US are starting to draw a distinction between picking a team for a season and picking a team for a day. The latter, they say, is tantamount to the ‘G’ word, and must be stopped. Most recently, the Attorney General of New York referred to them as running a ‘massive, illegal gambling operation’.

It’s pretty clear that Draft Kings and Fan Duel are essentially household names in North America now, but chances are your average European sports enthusiast will never have heard of them.

So, when is the European DFS boom coming? Maybe it might be better to query whether it’s coming at all. Europeans do like to gamble, and in particular those from the UK and Ireland have had sports betting as part of their mainstream culture for generations. Every high street and main street the length and breadth of the UK will typically have a brick and mortar betting shop.

Beyond that, fantasy football (as in soccer) is huge, with over 3.6 million players signed up to the official Barclay’s Premier League fantasy game for the 2015/2016 season.

Mention DFS to your average gambler on the east side of the pond though, and you’ll get some funny looks. The level of penetration at the moment is such that most people don’t even understand the concept.

Why then, in a gambling mad, relatively affluent part of the world where fantasy football is massive has DFS failed to gain a foothold?

The most obvious reason that it hasn’t taken off in Europe is the level of competition from online betting. The UK, Scandanavia, and Spain in particular have been bombarded with ads from companies like Bet365, Unibet, Betfair, and Paddy Power for years on end now and the culture of gambling is very much tied to sports betting; picking your weekend accumulator bet, hoping to get one over on the bookie. The ‘Ladbrokes Life’ advertising campaign epitomizes the lifestyle that UK bookmakers are trying to sell.

The mindset of many bettors is one of ‘Why pick a few guys for a once off fantasy game, when I could just make an anytime goal-scorer bet on them at my online sportsbook of choice for a similar return’?

There’s little doubt that the success of DFS in America was almost entirely down to its ability to fill a gaping hole in the market there, i.e. being able to legally bet on stuff.

It seems in Europe that the bookies are happy with the status quo. You can be sure they’ll have looked into launching DFS and have probably just found that their profits will be maximized by leaving things exactly as they are.

Anyone who believes that DFS can be a runner in Europe will be discouraged by the control that online betting has over the market, and the financial commitment required to make a dent in market when considering the advertising budgets of the established powerhouses.

All of that said, Draft Kings has recently been granted a license to operate in the UK (and FanDuel has applied for one). Whether or not they see it as a genuine chance to take a chunk of the sports betting market or it’s being planned as a divestment move away from the US in expectance of the axe falling remains to be seen.

Rob O’Connor is a former poker professional and currently the owner and editor at www.onlinegamblingbible.com, a gambling portal that focuses on sports betting previews, casinos reviews, and poker strategy.