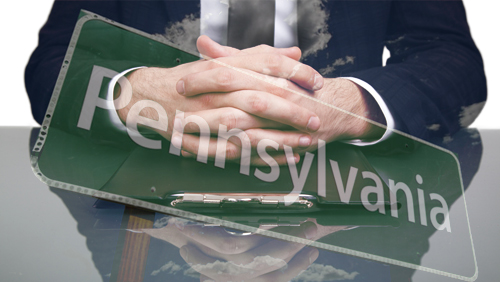 Online gambling bill in Pennsylvania will not pass, for now.

Rep. John Payne confirmed on Monday that Pennsylvania’s online gambling bill will not pass this year and will instead be pushed in the spring, reported Card Player.

In November, the House of Representatives Gaming Oversight Committee voted 18-8 in favor of Payne’s HB 649. Its next stop should have been a vote by the full House membership, however, disagreements between the Republican-controlled Senate and the House GOP majority have led to the budget deal failing within the state.

On Monday, the Senate GOP approved a $30.8 billion spending package for the state, which includes $350 million in additional aid for school systems and a $1.2 billion tax increase. The plan was rejected by the House Republicans, who introduced their own $30.3 billion spending bill.

Part of House Republicans’ strategy is to bring in revenue from online gambling—$120 million for tax revenue annually and as much as $10 million licensing fees for each operator. Based on Payne’s research, more than $120 million could be earned within the first year that online gambling is in operation. The online gambling industry is expected to help the state’s budget deficit, without raising taxes.

When state lawmakers added the online gambling bill to the state’s 2016 budget efforts, the poker community anticipated that it was moving forward. However, the vote, which was scheduled for December 8, was pushed to the next day and eventually delayed until next year.

The online gambling bill would authorize the state’s licensed casino operators to branch out into online poker and casino gambling. It would also allow the addition of slot machines at racetrack operators’ OTB venues and at the state’s six international airports.

Last week, the House controversially approved a number of amendments to HB 649, including a plan to allow each of the state’s 12,000 bars and pubs to host up to five video gaming terminals apiece. This plan was fiercely opposed by the state’s licensed casino operators, who largely supported the online gambling plans but were now expected to lobby hard against the amended HB 649’s passing.