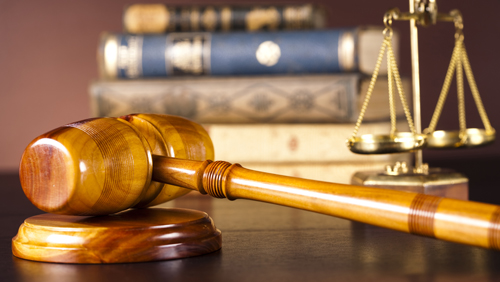 Here’s a fair warning for gambling sites: Hell hath no fury like a gambler’s wife.

A woman in Mississippi is seeking to recover her husband’s gambling losses by filing two class-action lawsuits—one against DraftKings and the other against FanDuel—in the U.S. District Court for the Northern District of Mississippi, The Clarion-Ledger reported.

The woman, Julie Whitfield Herod, reportedly wants to recover “losses on behalf of herself and all other similarly situated within the state of Mississippi,” according to the news outlet.

Herod’s husband, Dan Herod, lost money on the wagers he placed on DraftKings and FanDuel.

The Mississippi law provides that spouses and children of gamblers can “sue for and recover such money, property, or other valuable things so lost and paid or delivered.” There’s just one problem: the two daily fantasy sports websites do not have a gambling license—and they don’t have ongoing license applications—in Mississippi, according to the Mississippi Gaming Commission.

In her complaint, Herod said she and her husband have “sustained ascertainable losses arising out of DraftKings Inc., systematic and continued violation of the Mississippi Statutory civil and various criminal laws,” according to The Clarion-Ledger.

For FanDuel, the woman said the website is an “illegal online sports betting business” operating within the state, which “defines its sports betting scheme as a game of skill” to avoid Mississippi law.

“After the sporting events are concluded, FanDuel calculates a score using the scheme they created that assigns values based upon the performance of athletes and teams engaged in amateur and professional athletic competitions,” the complaint stated, according to the news outlet.

This isn’t the first time someone went after the two DFS sites.

Yehuda Guttman is among the many people who have bet and lost money through the two DFS sites. Now, Guttman is claiming that the banks “collected and continue to collect debts on the credit they lent for the purpose of wagering on the gambling sites,” while the payments processing outfits received a fee for facilitating the money transfer.

The New York law prohibits the enforcement of collection of debts issued for illegal gambling, according to the suit.

Guttman and the others in the suit are seeking restitution, statutory and punitive damages, and an “injunction permanently enjoining the defendants from engaging in the unlawful practices described.”