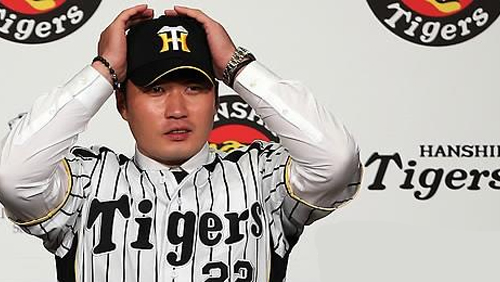 A South Korean pitcher’s dream of playing in the Major Baseball League could be shattered over gambling charges.

Oh was dragged into an illegal gambling hullabaloo after the prosecutors secured a list of Koreans who frequently go to gambling houses in Macau and other Southeast Asian countries such as Cambodia, Vietnam and Philippines.

South Korea, which allows local residents to enter to just one of the country’s 17 casinos, also prohibits its citizens from gambling abroad.  According to a former member of a Korean gang surnamed Lee, Oh gambled over 100 million won in the exclusive junket room Lee used to operate in Macau.

Lee used to rent VIP rooms at casinos in Macau and Philippines, where his clients gamble using his money. The gamblers would then pay Lee back when they returned to Korea.

The controversy came at an unfortunate time for Oh as a potential contract with the Nippon Professional Baseball (NPB) or an MLB team was on the horizon.

Oh, in a statement through his lawyers, expressed his willingness to cooperate in the investigation and hoped to clear his name as soon as possible.

The news followed the gambling scandal involving another South Korean pitcher from Samsung Lions Lim Chang-yong, who admitted to have placed millions of Won worth of bets in Macau.

Lim, along with his two other teammates Yun Sung-hwan and An Ji-man, were released from the Lion’s roster before the Korean Series

In line with the a widening probe into illegal gambling overseas, the local authorities have indicted 12 businessmen, including Jeong Un-ho, CEO of cosmetic brand Nature Republic.