Home / Business / The Future of Online Gambling, Tony Soprano and the Notorious B.I.G 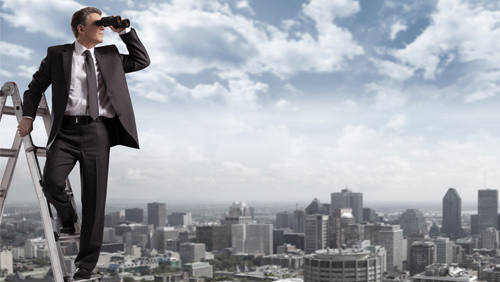 As part of its diligence, the private equity firm was interested in better understanding the current Canadian regulatory regime around online gambling and, perhaps more importantly, how that regulatory regime is likely to develop and evolve in the next few years. Given one of our founding Partners, Brian Hall, had recently presented on the topics at the 2015 Canadian Gaming Summit at Caesars Windsor, we had well-formed views on the issues. We summarized the current legal status of online gambling in Canada, focusing on the foreign operator principle (which we have discussed in previous articles), and articulated our analysis with respect to the evolution of online gambling in Canada. Our conclusions for Canada were primarily based on a report by the Working Group on Online Gambling, created by Quebec’s former Minister of Finance Raymond Bachand and chaired by Dr. Louise Nadeau.

You may be asking how Tony Soprano and the Notorious B.I.G. relate to this article. I will begin with Tony and return to the King of New York shortly. For those not familiar with the television series, The Sopranos, Tony was the de facto head of the DiMeo crime family. He earned his revenue under a simple model where earners operating under his jurisdiction “kicked up” a portion of their earnings. Though he didn’t always agree with the type of activity undertaken, earning on his turf without paying the appropriate tax was unthinkable as doing so would have significant consequences for delinquent earners (i.e. “sleeping with the fishes”). As mentioned above, the online gambling space has progressed into a multibillion-dollar global industry with significant upside. If online gambling operators are going to be earners in Canada, similar to Tony, Don Government wants its cut of the action. To that end, as governments are realizing that online gambling is a source of revenue that is eluding them, the report by the Working Group on Online Gambling recommended taking the necessary steps to amend the Criminal Code to enable the Canadian provinces to issue online gambling licences to private operators. However, given the challenges linked to the amendment of the Criminal Code, in the short term, the report recommended exploring the possibility of offering the games of private operators to online gamblers exclusively through a government website. In this model, the government could establish and operate a portal through which it would offer such games to provincial gamblers under a contractual agreement with private operators. Going back to our private equity firm, our advice was that any investment should take into account the fact that the status quo of the foreign operator principle may not be an option for much longer.

Recently, through tabled legislation, Quebec has decided to move forward with a plan to order Internet service providers to block a list of unlicensed gambling websites to be drawn up by Loto-Quebec. As stated in Quebec’s 2015-2016 budget, the measures will enable the government to recover escaping revenues to fund public services. The plan has been met with concerns regarding censorship, the neutral role of Internet providers, protectionist and monopolistic practices of the government censoring legally available websites for its own commercial gain, free speech and contravention of the federal government’s authority over telecommunications. Further, legal publications have suggested that the illegal website filtering measure contradicts the recommendations presented in the report of the Working Group on Online Gambling; specifically, the need to amend the Criminal Code to enable the Canadian provinces to issue online gambling licences to private operators.

Leaving the censorship debate aside for another article, our view is that the illegal website filtering measure is not incompatible with the recommendations presented in the report of the Working Group on Online Gambling. A careful reading of Quebec’s 2015-2016 budget outlines that, in addition to the illegal website filtering measure, Loto-Quebec plans to develop a portal, operating games offered by private operators, to increase the ability of Espacejeux to attract players. To become a supplier of a game offered on the portal, operators will have to enter into an agreement with Loto-Quebec, which will become the exclusive operator of the online game of chance or gambling game. This is consistent with the report of the Working Group on Online Gambling which, in the short term, recommended exploring the possibility of offering the games of private operators to online gamblers exclusively through a government website. To add policing capacity to efforts to control online gambling, the report discussed the filtering of illegal sites as evidence suggests that a portal alone is insufficient in respect of the online gambling market. According to the report, to obtain the desired outcomes, control over online gambling must hinge on an integrated system of subsidiary measures such as illegal website filtering.

This is where we kick in the door waving the Notorious B.I.G. references. In our view, though Quebec’s 2015-2016 budget is focused on implementing the short-term portal solution recommended in the report, it does not imply that the longer-term goal of taking the necessary steps to amend the Criminal Code, to enable the Canadian provinces to issue online gambling licences to private operators, is off of the table. In fact, our relationships suggest that Quebec Finance Minister Carlos Leitao has contacted other provinces to consult on amending the Criminal Code and issuing private operator licenses. Accordingly, we view the illegal website filtering measure as the first step in a longer-term viable plan for Canadian online gambling; one that should be welcomed by those waiting for clarity in the grey areas of the Criminal Code. In other words, because the Quebec government is undertaking the longer-term plan in silence does not imply that it does not have a successful long-term vision in mind. It only implies that the government is adhering to Notorious B.I.G.’s rule 2, not letting you know its next move.