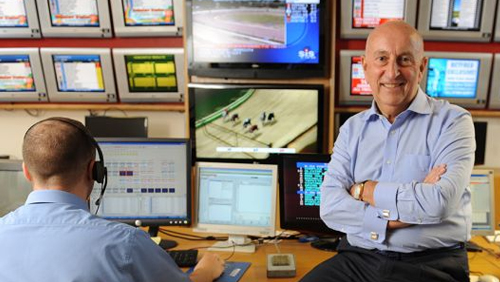 Another bookmaker is on the lookout for soon to-be offloaded betting shops from the Ladbrokes-Coral merger.

Fred Done, co-owner of UK-based bookmaker Betfred, plans to buy as many as 500 betting shops, which he believes will be sold to satisfy competition concerns of the £2.3b Ladbrokes-Gala Coral merger.

“If somebody knocks at my door and says: ‘Fred, do you want to buy some of these shops?’ I’d like to sit down with Coral and Ladbrokes and have a discussion with them,” Done told The Telegraph.

The merger of the two gambling companies, which according to reports could be confirmed this week, would create Britain’s biggest bookie in terms of betting shops with 4000 shops combined.

However, for that deal to go through, they will need to sell hundreds of shops in order to satisfy the Competition and Consumer Protection Commission (CCPC).

Betfred will likely compete against Irish independent bookmaker Boylesports, which intends to expand its retail services in the UK market and has made an early offer of £130m for 600 betting shops.

Boylesports has 200 betting shops across Ireland and owner John Boyle believes that the merger is the right opportunity for his company to enter the British market.

“We have considerable experience competing against the British operators in Ireland and we are quite confident we can compete against them in the UK market,” said Boyle.

Paddy Power, which has 321 shops in the UK, is another potential buyer of the Ladbrokes Coral stores.

Ladbrokes has elected John Kelly as its new chairman following the departure of Peter Erskine.

Kelly’s appointment follows the announcement in May that Erskine intended to step down from the board during the year.

After a successful shareholder vote for the proposed Gala Coral merger on Dec 3, Erskine formally left the board and handed over the role to Kelly, who will also be the chair of the proposed merged entity Ladbrokes Coral.