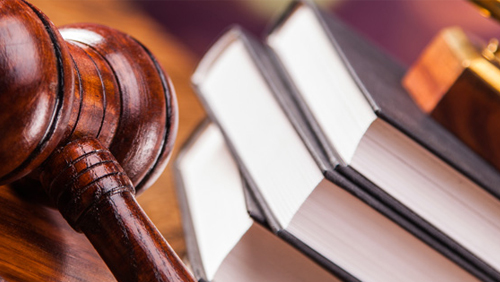 The world is going to the dogs and we still have places in the world where it’s illegal to play online poker. One of these places is Pennsylvania and lawmakers hope to start changing that this week.

People are dead, shot down by strangers not caring for the sound of music. A nation is in mourning. We paint our Facebook profiles in tricolour. And in Pennsylvania it is illegal to play online poker.

Sheldon Adelson wants to keep it that way. John Payne believes otherwise. I’m glad I live in England. It’s grey, dead umbrella’s lay scattered on our streets due to the effects of some hurricane that have devastated a country not as fortunate as ours, meaning I am soaking wet, but I can switch on my laptop and gamble on tonight’s England v France game. It’s a fleeting feeling of freedom in the world full of bars.

The Coalition to Stop Internet Gambling (CSIG) believes online gambling operators are predatory. They target children and the aged. They use Disney style marketing to hypnotise 6-7-year-olds into stealing their parents credit cards and blowing the mortgage in a heads-up match against Phil Galfond.

There was once a vote.

Someone asked a group of Pennsylvanian’s whether online gambling should be legalised in the state? 66% said they wanted the option to gambling online. 66 is the Devil’s number. The poll must have been taken in a school. The letterhead must have contained a drawing of Mickey Mouse. It’s widely believed that on the same vote, the people of Pennsylvania thought Viktor Blom was the bad guy in the latest James Bond flick, Spectre.

Earlier today I was reading some competent poker writer over at onlinepokerreport. Steve Ruddock was his name and he picked up on Twitter that the Pennsylvania House Gaming Oversight Committee has cleared away some time to once again debate John Payne’s online gambling bill (HB 649).

Ruddocks stated: “the vote has been anticipated for several weeks, and if a vote is held, it is expected to pass.”

The Poker Players Alliance (PPA) have since stated that the hearing is likely to slip to Wednesday. Continue following that herd if you want to know the exact moment that the bill gets a feather dusting.

It’s not a question of whether the bill will pass, it’s a matter of when. The debate has nothing to do with predatory gambling companies and the abuse of young children and old fossils. The debate is all about money. Adelson wants to keep the Pennsylvanian’s gambling checks heading to the coffers of Sands Casino Resort Bethlehem, and the officials holding the pen want to skim the tax money from the top of that soured gambling milk.

Meanwhile, we all go to work for employers we hate so we can hand money over to the people who believe it’s progress to push a bill that allows a grown up to play a game of cards online from the sanctity of his home. Elsewhere in the world people are getting killed while eating pizza with their loved ones, allowing music to flood their hearts, or simply walking down the street at the one time in their life when they needed to lose their keys.