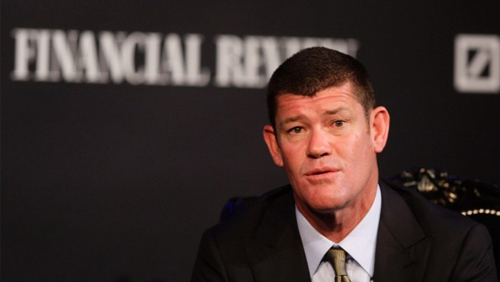 The mogul is boosting his stake in the Australian casino operator Crown Resorts Ltd. by 3 percentage points, the company announced in a filing to the Australian Securities Exchange.

Packer’s ordinary shares is now at 386 million, up by nearly 21.9 million units. This, in turn, increases the businessman’s voting rights to 53.01 percent from 50.01 percent previously. The strike reference price per share at the time of the trade was AUD11.94 ($8.43), according to the filing.

Packer, who stepped down from his chairman post at Crown Resorts after the company delivered a “mixed” fiscal year report, made use of ASX’s rules that allow investors to buy as much as 3 percent in a company every half year, according to The Australian.

The Chinese territory reported its 17th straight month of plunging gaming revenue in October, despite a small push from the annual Golden Week holiday period.

According to Macau’s Gaming and Inspection and Coordination Bureau (DICJ), gaming revenue fell 28.4 percent to MOP 20.1 billion ($2.5 billion) year-on-year, while casinos in the city state are down 35.5 percent to MOP 176 billion.

Melco and Packer are banking on a new strategy to boost the company’s profits, particularly with the Hollywood-themed Studio City that features an array of attractions aimed at families.

“As expected, investors focused primarily on management’s initial commentary regarding the opening of Studio City. Given the property was only open for 3.5 days during October, insight was limited. That said, the company did suggest occupancy and forward bookings were solid, though the business will take time to ramp,” Union Gaming Research analyst Christopher Jones said in a note.

Studio City opened its doors to the public on Oct. 27 without a single VIP gaming table. Melco Crown initially hoped to receive 400 gaming tables, but Macau gaming regulators only allowed 250 tables—200 upon launch and a further 50 in January 2016. Because of this, Ho said it was “a no brainer” for the company to designate all tables as mass.