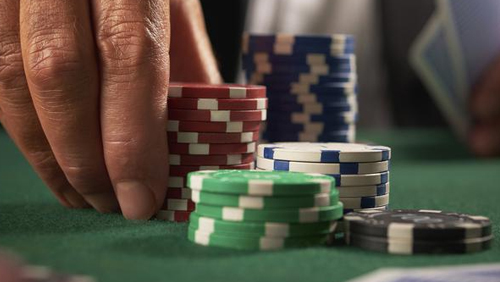 Nasdaq-listed Entertainment Gaming Asia continues its upward trend, thanks to its thriving market in Cambodia.

The electronic gaming machines supplier’s third quarter consolidated revenue reached $8.3 million, an 88 percent increase compared to $4.4 million from the same period last year, the company announced on Monday. The increase was attributed partly to rises in both its gaming operations and gaming products business divisions, especially in Cambodia.

Gaming operations revenue was up by 13 percent at $4.5 million from last year’s $4 million. According to Entertainment Gaming Asia, the average consolidated daily net win per unit also increased by 20 percent at $120 compared to $100 in the same period last year.

“The increases were primarily due to improvements in the Cambodia operations partially offset by a decline in the Philippines operations,” the company stated.

“Increased player traffic and proactive marketing initiatives have resulted in continued improvement in average net wins in NagaWorld in the fourth quarter. Thansur Bokor and Dreamworld Poipet made small, yet positive, contributions to overall revenue growth and EBITDA in the third quarter of 2015,” Entertainment Gaming Asia CEO Clarence Chung said in a statement.

In the Philippines, average daily net win per unit fell by 18 percent—from $72 in 2014 to $59—due to lower player traffic brought about by increased competition from newly opened integrated casinos in the Entertainment City, such as Solaire Casino and Resort and City of Dreams Manila.

On the gaming products side, Entertainment Gaming Asia said the revenue was also up at $3.8 million, compared to last year’s $437,000. The increase came from higher product sales from new and existing customers, including a $2.2 million order for a new casino opening in Macau, in the third quarter of 2015.

In addition, the company also achieved a gross profit of $954,000 for the division, an improvement from last year’s gross margin loss of $134,000. The gross margin increase was primarily due to higher production volumes and improved production efficiencies for gaming chips and plaques, and to a lesser degree, increased sales of third-party gaming products sales, according to the company.

“Our gaming products business benefitted from strong sales and production volumes for gaming chips and plaques for both a new casino opening and from existing customers, as well as increased sales of other high-margin third-party gaming products,” Chung said.

The company executive said they are aiming to achieve a record performance of over $13 million in revenue before the year ends, but he admitted that there will likely be “sales fluctuations due to the natural uneven order flow for this business driven by the timing of orders for new casino openings.”