Businessman Sam Nazarian has given up on getting a gambling license. 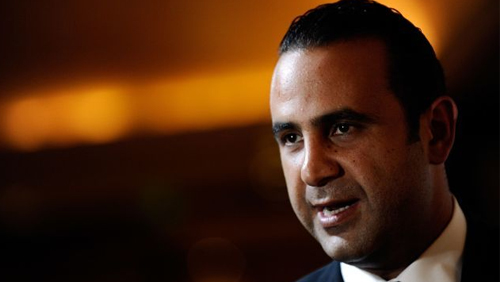 On Wednesday, the mogul received a recommendation from the Nevada Gaming Control Board to sell his 10 percent stake in the SLS Las Vegas—the former Sahara casino—and also withdraw his application for a gambling license, Las Vegas Now reported.

Nazarian, however, still needs a separate approval from the Gaming Commission, according to the report.

The past year has been tumultuous for Nazarian, who had been vying for a license in Nevada. Last December, the businessman underwent a three-and-a-half hour grilling about his past drug use and business dealings. He admitted to snorting some blow while on vacation in Cabo San Lucas, but Nazarian maintained that he’d been drug-free for years until that “one-time indiscretion.” Nazarian was finally granted a one-year limited release, but he had to submit to a random drug testing.

The nightclub impresario stepped down from his CEO position at SLS Las Vegas days after the disastrous Nevada Gaming Control Board hearing. In a statement, SLS majority owner Stockbridge Real Estate said it was “a collective decision” that was made to “change the operating structure for the property.” Nazarian was replaced by then Stockbridge executive managing director Terry Fancher.

Now, Nazarian plans to have a licensing deal that will allow SLS and other brands to be used even without a gambling license, according to the report.

Still on the subject of casinos, an Oregon woman is going after a casino in Washington that she said refused to pay her slot machine winnings worth more than $8 million.

According to a Katu News report, Veronica Castillo thought she had won about $8.5 million on the Jurassic Riches slot machine at the Lucky Eagle Casino in Rochester, Washington. Castillo’s phone recording showed the balance on the machine’s lower left corner was above $8 million.

Castillo, however, only received $80 after the casino told her the slot machine she had been playing on was malfunctioning, according to the report.

The woman told the news outlet she felt cheated, especially since she spent money in hopes of winning a big prize, only to be “carelessly” told that “guess what, the machine is malfunctioning we cannot pay you.”