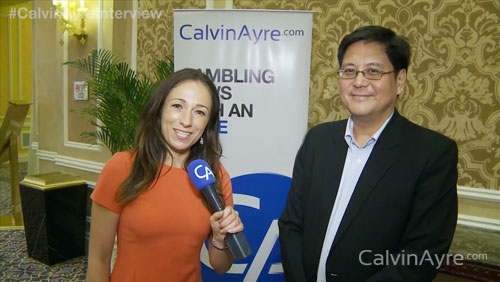 In this interview with CalvinAyre.com, DFNN COO Ricky Banaag gives an update on the status of mobile gaming in the Philippines.

There is an Asian country that has great potential for mobile gaming—the Philippines.

Ricky Banaag, COO of DFNN, said the Philippines is a “mobile-first” kind of country with a smartphone-loving market that is already ripe for mobile gaming opportunities.

“It’s actually one of the fastest growing countries in terms of smartphone growth. We are a mobile-first type of country, wherein most of the Filipinos right now, their first contact or touch with the Internet has been from mobile, so that really provides a lot of opportunities not just for the gaming industry, but really for a lot of other industries,” Banaag told CalvinAyre.com.

The Philippines has a thriving gaming industry, first with the Philippine Amusement and Gaming Corporation’s (Pagcor) Entertainment City and e-cafes. Mobile gaming has yet to be legalized in the country, but Banaag is positive that there will be a bright future for the mobile game sector.

“Right now, we’re seeing a lot of potential, primarily because if we look at what the Filipinos are doing online, at least about four hours a day they’re on social media. At least once a week or every other week, they purchase games, so they’re actually already, to some extent, doing some sort of gaming—maybe social gaming [or] non-real money gaming already on the web right now,” he explained. “We see that it’s a natural transition for them—for those of course 21 and above—to be able to get into the mobile gaming space. They have the availability and the cost of going online is much, much lower now and the interest in gaming on the web is actually there.”

These opportunities, however, also come with challenges. The mobile gaming sector faces payment-related issues, especially since all land-based gambling in the country right now operate on a cash-type of transaction.

“The challenge we would face really is that now we would have to set up electronic wallets. We would have to deal with another regulator, which is the Central Bank of the Philippines. There will be some challenges, but I think you know, we as an industry have put our minds together, and I think we will have some processes in place to be able to complete that mobile gaming process, including mobile payments,” Banaag noted.