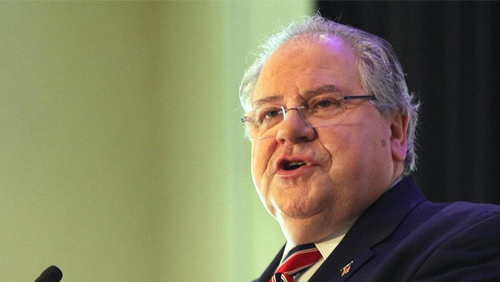 Daily fantasy sports’ recent debacle with controversy is showing no signs of letting up. Now, more lawmakers—who were caught off guard with the sites’ expensive ad blitz—are weighing in on the issue.

Massachusetts House Speaker Robert DeLeo recently said the state should get its “fair share” of wagering revenue from the popular daily fantasy sports sites, including the Boston-based DraftKings and its rival FanDuel, the State House News Service reported.

The Legislature has been relying on revenues from state Lottery and legalized casinos for financial aid, but the political bigwigs in Massachusetts have yet to come to grips with online gaming. Last month, Massachusetts Attorney-General Maura Healey initiated a review on the legality of DraftKings, but clarified that her office was “not looking to shut them down.”

Then last week, state Treasurer Deb Goldberg admitted she is already exploring whether the Massachusetts Lottery should join the lucrative world of fantasy sports.

Goldberg told the Associated Press she first learned about online fantasy sports when she saw ads for DraftKings at a Boston Red Sox game. “We are literally researching how does this operate, who does this reach, what is it. Even the definition isn’t clear,” the state treasurer said, according to the report.

Now, DeLeo said he is “anxiously awaiting” Healey’s report before taking a stand on whether the Legislature should regulate fantasy sports sites, State House reported, quoting a WCVB-TV interview.

When asked about getting a larger piece of the DFS revenue pie, DeLeo said: “I’m not sure of the actual pie that we’re getting right now, to be honest with you. But I think the state should get its fair share.”

Over in California, Assemblyman Adam Gray is planning to hold an informational meeting on daily fantasy sports wagering to inform both the legislature and the public on the “inner workings” of the industry.

“Daily fantasy sports is happening in California, whether we like it or not. This is an unregulated industry, whose revenue is in the billions of dollars. All other gaming activities in the state are subject to regulations that ensure a safe environment for gambling,” Gray said in a statement.

If you’ll recall, Gray introduced last month an amended version of AB 1437, which used to deal with gaming addiction but is now titled Internet Fantasy Sports Game Protection Act. The new version will require DFS companies operating in California to obtain a license from the state, while players will be taxed based on their winnings.

“We need to crack down on illegal and unregulated online gaming and replace it with a safe and responsible entertainment option for adults, which includes safeguards against compulsive and underage gambling, money laundering, fraud, and identity theft,” Gray said. “We can only do so by bringing this industry out of the shadows and mandating enforceable consumer protection.”