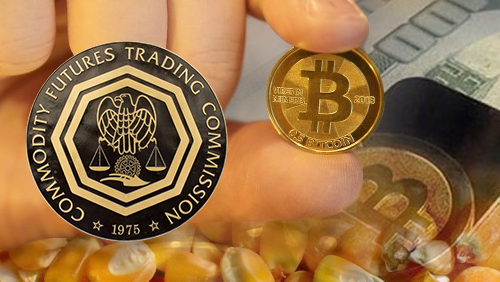 On Thursday, CFTC filed and settled charges against San Francisco-based bitcoin exchange Coinflip Inc, which it said facilitated commodity options-related transactions without complying with the Commodity Exchange Act (CEA) and the CFTC regulations.

“In this order, the CFTC for the first time finds that bitcoin and other virtual currencies are properly defined as commodities,” the commission said in a statement posted on its website.

According to the agency, Coinflip operated online platform Derivabit, offering to connect buyers and sellers of bitcoin option contracts. But because bitcoin options are deemed as “commodities,” CFTC said the company should have been properly registered and will be subjected to laws governing swaps.

“While there is a lot of excitement surrounding bitcoin and other virtual currencies, innovation does not excuse those acting in this space from following the same rules applicable to all participants in the commodity derivatives markets,” Aitan Goelman, head of CFTC’s Enforcement Division, said in the statement.

Coinflip CEO Francisco Riordan told Reuters that there was not enough trade volume for Derivabit to be sustained, and that the site’s customers already received refunds in July 2014 before the CFTC contacted him.

With the announcement, companies that plan to operate a trading platform for virtual currency derivatives or futures will now have to register as a swap execution facility or designated contract market. This will result in bringing dealings in bitcoin—known for its anonymity—into light. While this will help avoid a repeat of Mt. Gox snafu, it will also likely increase the cost of doing business with virtual currency.

Over in Atlanta, merchant service BitPay fell victim to a phishing scam that cost the company 5,000 bitcoins worth over $1.8 million, Atlanta Business Chronicle reported.

According to the news outlet, BitPay Chief Financial Officer Bryan Krohn received an email from an online digital currency publication seeking a commentary about the bitcoin industry.

The email, however, came from a hacker, who redirected Krohn to another website, where the BitPay executive allegedly gave the information for his corporate email account.

“After capturing Mr. Krohn’s Bitpay credentials, the hacker used that information to hack into Mr. Krohn’s BitPay email account to fraudulently cause a transfer of bitcoin,” the report stated, quoting the lawsuit filed by BitPay.

Pair uncovered the scam when he copied BitPay’s real customer on the email about the transfer of 3,000 coins, but the customer replied that they did not purchase the bitcoins.

The company said the insurer has refused to cover $950,000 of the loss, prompting BitPay to sue the insurance company.

Sounds similar? This incident is reminiscent of the incident that led eventually led to Mt. Gox’s demise.

The Tokyo-based bitcoin exchange, once the world’s largest exchange platform for bitcoin, filed for bankruptcy in 2014, claiming that it had lost 850,000 of its bitcoins—worth more than $450 million at the time—to hackers who exploited the site’s “transactional malleability.”