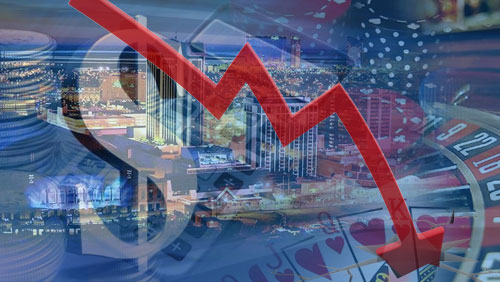 The city’s eight casinos reported a total gaming win of $258.6 million for the month of August, which is a decrease from last year’s $272.3 million, according to New Jersey’s Division of Gaming Enforcement.

But if the discontinued operators are included, Atlantic City’s total gaming revenue of $258.6 million is 15.2 percent lower than the $305 million reported last year.

DGE, however, attributed the drop to a quirk in the calendar, noting that Friday through Sunday of the Labor Day weekend last year fell in August, while this year’s holiday weekend came in September.

Atlantic City’s gaming industry went from 11 casinos down to eight. The Atlantic Club joined the ranks of Showboat, Revel, Trump Plaza (land-based) and Taj Mahal (Internet Gaming) as discontinued operators when it closed in January 2014.

Despite this, the city’s casino industry is thriving, according to New Jersey Casino Control Commission Chairman Matt Levinson.

“Atlantic City’s operating casinos had a 2.4 percent increase in gaming revenue this summer compared to last,” Levinson said, according to an Associated Press report. “August was down, but the existing operators are still up approximately 3.2 percent for the first eight months of this year.”

Among the still operating casinos, Golden Nugget had the biggest increase in casino revenue, up nearly 28 percent at $22.4 million compared to a year ago. Resorts also experienced an 18 percent increase at $17.5 million, while its Internet arm, Resorts Digital, won $735,140 last month.

Caesars, on the other hand, showed the biggest drop for August, down 28.6 percent to $31.3 million, its online arm, Caesars Interactive, had an increase of 2.2 percent at $2.7 million.