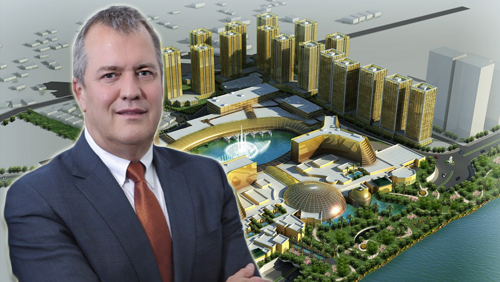 Tiger Resort Leisure and Entertainment Inc. has a new man for Manila Bay Resorts. The casino operator announced it has appointed Steve Wolstenholme as the chief operating officer for Kazuo Okada’s soon-to-open casino project in the Philippines.

Wolstenholme will handle the business and lead the group towards the opening of the $2 billion casino and entertainment complex. Manila Bay Resorts is expected to open in December 2016.

In a statement following the announcement, Okada called Wolstenholme “a man with passion for success.”

“We are confident that Steve will lead the organization in making an impact when we open our doors next year,” Okada said.

Wolstenholme said he is “honored and delighted” to be part of the Tiger Resort team.

“The company’s objective is to push the boundaries in the industry through innovation to deliver our customers’ needs and wants, and this is what I aim to achieve,” Wolstenholme said in the statement.

The executive has more than 30 years of experience in the integrated resort and casino business. Before joining Tiger Resort, Wolstenholme served as president and chief operating officer of Grand Sierra Resort and Casino in Reno, Nevada. The Reno-Gazette Journal quoted the Grand Sierra saying Wolstenholme left the company in mid-August after accepting a “senior executive” position in the Asia gaming market.

Wolstenholme, who started his career as a dealer, also held positions at the Atlantis Casino in the Bahamas and at the Casino Niagara in Ontario, Canada. He was also the chief operating officer of Galaxy Macau, and was also involved with the Prestantia Management Group Limited.

During his time with Grand Sierra, Wolstenholme oversaw several renovation projects in the casino resort, including the addition of the $15 million LEX nightclub, according to Reno-Gazette Journal.

Last July, Okada and his Philippine partner, businessman Antonio Cojuangco, held a topping off ceremony ahead of Manila Bay Resorts’ opening next year. Cojuangco said they are already eyeing the next phase of construction for the resort’s non-gaming portion, which will include hotels, high-rise apartments, office towers, and even an opera house.

The first phase of the 44-hectare casino will feature 500 gaming tables and 3,000 slot machines, in addition to 1,000 rooms in two hotel towers. Tiger Resort is looking to fill in 8,000 positions to staff the initial phase of Manila Bay Resorts, according to the Philippine Daily Inquirer.