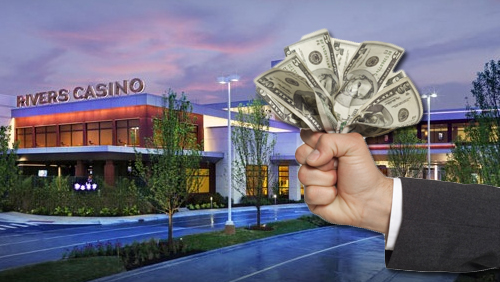 State regulators slapped Rivers Casino in Illinois with a $2 million fine due to lax control over gaming promotions, among other things.

News outlet NBC Chicago reported that Illinois Gaming Board investigators came down hard on the casino’s gaming promotions that they said were either not done properly or were staged without the state’s approval.

The board listed five promotional campaigns. In one case, six people participated in the casino’s $250,000 “sign up and win” promotion, which the board said had already been closed to the public. In another case, the casino gave 264 people entries to the “Jackpot Party Giveaway.” This promotion didn’t have the board’s approval.

Gaming board officials warned the casino immediately after learning about the two incidents. But in July, Rivers Casino pushed through with another game, “Jackpot Rush Giveaway,” where one patron won a prize he did not qualify for, while two other lost the prizes they were qualified for, and another patron who still won a prize even after the promotion had already expired.

According to the report, a “data entry error” caused some 38 casino patrons to win prizes that they do not qualify for.

In addition, the board has also taken issue with Rivers’ relationship with cleaning company United Maintenance. Investigators said United’s president, Richard Simon, was previously involved with another cleaning company alongside a William Daddano Jr., who was named as a member of organized crime in 2004.

NBC quoted Rivers Casino President David Patent, saying they have already “self-reported to the Illinois Gaming Board that there might be an issue.”

Putting the $2 million fine aside, it’s been a good first half of the year for the Des Plaines casino.