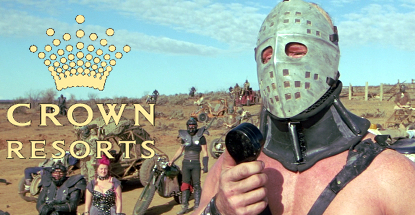 Australian casino operator Crown Resorts plans to offer VIPs a rural retreat if they get tired of Sydney’s city lights.

Crown majority owner and erstwhile chairman James Packer (pictured) has said that the “no project is more important to me” than the in-development Crown Sydney. The casino, which expects to open in November 2019, has a firm focus on high-rollers, but so does virtually every casino being built in the Asia-Pacific region, so how does one differentiate?

For one thing, Crown Sydney’s A$2b budget works out to approximately $4.5m per room, or roughly twice what Steve Wynn paid to build the swank di tutti swanky Bellagio resort in Las Vegas. Crown Sydney’s most opulent suite is a three-story sky villa, complete with its own kitchen, theater, bar and entertainment area, gym, sauna and a private terrace with a Jacuzzi.

But what to do when VIPs get tired of sucking champagne while sitting in a frothing pool of bubbles gazing out at the Opera House? You ship them off to the airport, load them onto a private jet and wing them away to a luxury rural retreat.

Ellerston, the property in question, is located 68km north-east of Scone in New South Wales. Its amenities include the requisite luxury accommodations plus a Greg Norman-designed golf course, several swimming pools, a go-kart track, a movie theater and other toys to distract VIPs from recalling how much they lost playing baccarat the night before.

Packer’s father Kerry purchased Ellerston for $60m in 1972 and was buried near its polo grounds after his death in 2005. Crown Resorts has agreed to purchase a 50% stake in 1,400 hectares of the 30k-hectare property from the Packer family. Crown believes the purchase will give Crown Sydney the opportunity to offer its high-rollers “a once-in-a-lifetime taste of rural Australia.” Suggested slogan: ‘Maybe the dingo ate your bankroll.’

This is the second time in as many months that James Packer has sold off some of his property holdings. In early August, Aussie media reported that Packer had sold his six-bedroom Sydney mansion for somewhere between A$60m and $70m; either price represents a new Sydney real estate record. The purchaser was Australian-Chinese billionaire Chau Chak Wing, who can presumably afford his own stretch of Outback.