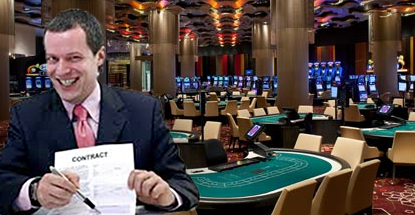 A spike in casino-related crime has Macau casino operators fearing for the safety of their high-value customers – and the casinos’ own legal liability.

This week, Macau Judiciary Police revealed that casino-related crime has shot up more than one-third in the first half of 2015. The stats were driven by a 112% rise in the number of unlawful detention cases, in which gamblers who can’t pay their debts are held against their will while friends and/or relatives scramble to find the sums necessary to spring their loved ones.

On Saturday, the South China Morning Post reported that Macau’s casino and hotel operators were querying insurance companies regarding the potential for specialized risk policies to mitigate the potential fallout of some sort of kidnapping incident involving any of their high-rolling clientele.

Such policies would protect casinos from legal liability from suits filed by either the victim or their relatives. They also allow casinos to deploy crisis responders to attempt to defuse the situation before it escalates to a point of no return.

In most Macau casino debt cases, the victims are held in rooms at the hotels attached to the casino in question. As such, Ashley Coles, assistant director of credit, political and security risks at the Hong Kong office of Jardine Lloyd Thompson, told the SCMP that Macau casino hotels had a duty of care to clients.

When the official crime stats were released, Macau’s Secretary for Security Wong Sio Chak claimed there wasn’t yet enough evidence to make a direct correlation between the rise in abductions and Macau’s year-plus revenue decline.

But Macau’s decline is the result of tightening junket operator credit and increased difficulties in moving money off the mainland, both of which were sparked by Beijing’s decision to shorten Macau’s leash. Coles said there “certainly” was a correlation “between mainland China, Macau and the interest and purchase” of these types of insurance policies.

So there you have it, kids. Beijing isn’t trying to destroy Macau casinos; it’s trying to boost the Hong Kong insurance industry. Good to know.