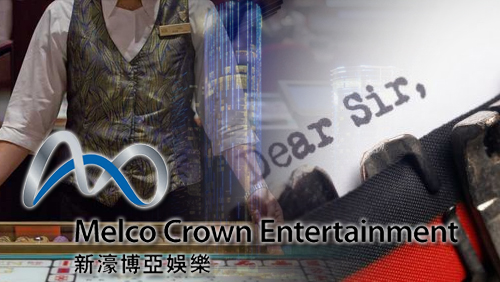 More than 1000 dealers working at Melco Crown Entertainment have submitted complaints of being “unfairly treated” by the company.

Gaming labor union Forefront of Macau Gaming (FMG) has assisted 1150 dealers from Melco Crown’s City of Dreams and Altira Macau in filing a petition to the company’s human resources department on Wednesday.

The high-duty dealers, a position between dealer and supervisor or sometimes called intern supervisor, claimed that although they have assumed the tasks of supervisors, they’re still being paid the regular dealer rate.

“Workers have complained to us that they have been assigned the tasks of supervisors. However, their salary is basically the same as normal dealers despite [the fact that] they may receive some MOP90 on the day they are assigned for supervisors’ tasks. But basically, the benefits they receive are the same as dealers, too,” New Macau Gaming Workers Rights director Cloee Chao told Business Daily.

The workers hope that the petition, which collected more than 300 signatures by Monday, will convince Melco Crown to give them the promotion and the salary increase they deserve.

Chao said that the workers were hoping that the company will initiate a discussion with the unions following the petition, otherwise they will seek help from the city’s Labor Affairs Bureau, or in a worst case scenario, launch a protest.

According to data released by the Statistics and Census Service (DSEC), in the second quarter of this year, dealers accounted for 43.7% of the total full-time workforce in Macau’s gaming industry. The number of dealers employed is down 2.5% to 25,072 and vacancies for the dealer position dropped 78% to 107 year-on-year.