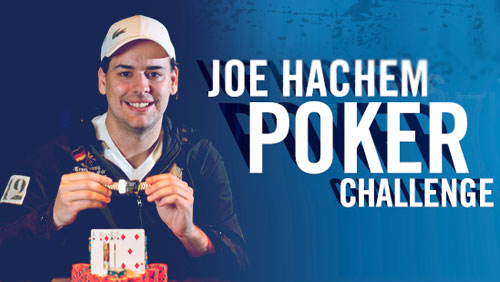 The 2015 Joe Hachem Poker Challenge festival has ground to a halt after Jarred Graham defeated Daniel Levy to win the AU$1,650 Main Event in Melbourne.

Have you ever heard of the Phil Ivey Invitational?

What about the Daniel Negreanu Poker Festival?

That hasn’t stopped the Aussie’s from creating the Joe Hachem Poker Challenge. The former World Series of Poker (WSOP) Main Event winner is a man of some influence in his home country, never better demonstrated that the creation of a 12-event, 11-day festival of poker, named in his honor, and held at Melbourne’s Crown Casino.

284 players entered the event and AU$101,175 ended up in the pocket of Graham despite starting the final table with the second lowest chip count of the lot. Graham is a vastly experienced competitor though. Not only does he possess a WSOP bracelet – a victory earned in a $1,500 Pot-Limit Omaha event in 2013 – but he has accrued over a million USD including four six figure scores since he started recording live cashes in 2008.

The likes of Jackie Glazier, Dean Blatt and Kahle Burns made it through to the second day of action, but it was Daniel Levy who would give Graham the most trouble. Levy had a fantastic series cashing in Event #1: AU$175 No-Limit Hold’em Accumulator in 33rd place for AU$410, and then winning Event #7: AU$1,100 No-Limit Hold’em 6-Max Shot Clock for $16,500 (Dean Blatt (4th) and Leo Boxell (7th) making the final table in that one).

On any other day Levy would have been celebrating his second title of the series. He started heads-up with a 4.3m v 2.8m chip lead, but couldn’t seal the deal. Graham using all of that big game experience to get the job done without either player settling on a cash deal.

WSOP Recap: Marco Johnson Gets The Monkey off his Back; The Men Steer Clear of the Ladies and The Gloves are Off in the $25k
Lee Davy
29 June 2013

WSOP Recap: Jarred Graham Takes a WSOP Bracelet Down Under; Little Looking Big in the $5k Six Max and a Strong Bach in the Razz
Lee Davy
21 June 2013
.