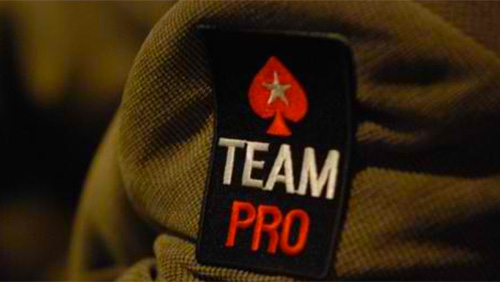 PokerStars Team Pros dominate the social media scene after PokerStars and social media experts Followerwonk undertook a study to find out who the most popular poker players were on their social media channels.

Who do you think is the most influential poker player on social media?

But what is interesting is 50% of the top 10 most influential users of social media, within the poker industry, are from the PokerStars stable. If you also include Joe Hachem in that number (as he was a PokerStars Team Pro for a number of years before they parted ways in 2011) then that figure rises to 60%.

During a recent interview with the Global Poker Index (GPI) CEO, Alex Dreyfus, where we touched on the advertising punch of a modern day poker player, Dreyfus said, “Let’s not forget that the reason these people are well known is because the online poker companies spent hundreds of millions of dollars marketing these players.”

Dreyfus was talking about the might of Daniel Negreanu, Phil Hellmuth and Phil Ivey, but it seems the largest online poker room in the world still has the ability to help raise the profile of their younger players to a wider audience.

PokerStars teamed up with the social media experts Followerwonk to ascertain whom the biggest poker stars of social media were. Their scoring system looks at both Twitter and Facebook, with a social authority scale between 1 and 100 describing the influence a profile has on Twitter, which is determined by the retweet rate of the user’s last few hundred tweets.

The data also contains a Likealyzer Score, which looks at more than 40 signals from Facebook including the number of ‘likes’ a page has, as well as an average of the numbers of shares and comments that each post may have.

The other interesting thing about the data is the influence that the BIG ONE for ONE DROP has on the top 10. Antonio Esfandiari and Sam Trickett took the lion share of the dosh, back in 2012, and both players make the top 10. We’ll assume that Dan Colman will not be making a surge to get into the top 10 of the social media ranking in 2015.

Two interesting names that are not in the top 10 are Phil Galfond and Jason Somerville. I pick out these two names in particular because in recent times, when discussion is raised about the future public figureheads of poker, both Galfond and Somerville get a mention.

It seems if either wants to take that mantle away from the great Daniel Negreanu then they need to make better use of their social media networks. I know that Somerville is working extremely hard in this area, not so sure about Galfond.