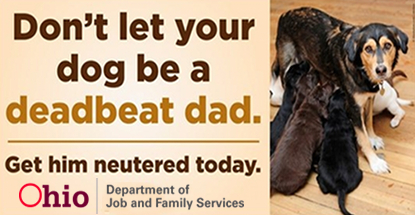 The state’s five casinos posted revenue of $98.95m, up 8% from June’s total and up 30% from the same month last year. However, stripping out revenue generated at Horseshoe Casino Baltimore, which wasn’t open last July, like-for-like revenue at the state’s other four casinos was down 2%.

As ever, Maryland Live was the state’s top money-maker, although its revenue slipped 2.2% year-on-year to just under $57m. The Horseshoe ranked second with $24.4m, an improvement on June’s $23m but $300k less than the property’s personal best month in March and much less than the $31m monthly revenue the property was projected to earn prior to its opening last August.

The other three casinos were a mixed bag, with Hollywood Casino Perryville falling 8.1% to $6.9m, Ocean Downs rising 4.9% to $6.3m and Rocky Gap up 4.1% to $4.3m. It remains to be seen how these also-rans will fare when the state’s sixth and final casino, MGM Resorts’ $1.3b National Harbor property, opens sometime in the second half of 2016.

PARX TOPS PENNSYLVANIA SLOTS, FINED $25K FOR UNDERAGE GAMBLING
Across the border in Pennsylvania, the state’s casinos kicked off their new fiscal year in style, as slots revenue rose nearly 5% in July to $211m. Parx Casino led the pack, rising 8.3% to $33.4m, well ahead of perennial slots runner-up Sands Bethlehem, which rose 11.6% to $27.2m, more than enough to fend off Rivers Casino, which was flat at $24.3m.

Parx will have to give back $25k of its profits after the Pennsylvania Gaming Control Board fined the casino for two incidents of underage gambling. The two cases each happened in February, and each involved 20-year-old males who gained access to Parx’s casino floor for over three hours apiece, during which they played some table games and drank some alcohol. ‘Kids’ these days…

OHIO TAKES DEADBEAT DADS TO THE WOODSHED
Across Pennsylvania’s border, Ohio officials are forcing deadbeat dads to ante up. The Ohio Department of Job and Family Services teamed with the state’s casinos and racinos last September to ensure that no individual whose name appeared on a naughty list of parents with unpaid child support bills would be allowed to collect on any casino jackpots. The state has collected $2m since this program began, funds that have since been redirected towards their rightful recipients.