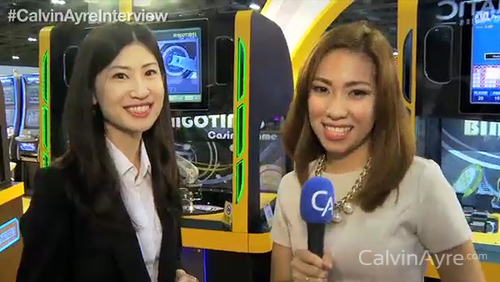 Can technology erase the chances of cheating at the tables?

Last week, two men in Houston were arrested after they were caught cheating at Mini Baccarat in separate incidents. KPLC TV reported 44-year-old Long B. Nguyen and 41-year-old Thu T. Vo “saw the winning hand and illegally placed a $25 chip on the winning Dragon-7 bonus wager resulting in a $1,000 payout.”

The two were each charged with one count of cheating and swindling. If convicted, they face up to five years in prison and a maximum of $2,000 fine.

In February, Romanian national Mihai Lacatos was sentenced to 18 months in prison after pleading guilty to 14 counts of fraud and four counts of possessing false identity documents with intent between 2008 and 2014. Authorities said the 62-year-old used a card marking technique—denting the center of specific cards at the table—at three-card poker table at the Playboy Club in Mayfair. According to UK’s Mirror, Lacatos used fake IDs to enter the club, and won about £43,400 in the casino using this technique.

In Singapore, 10 men and four women were arrested in 2013 following allegations that they cheated the Marina Bay Sands Casino out of $1.2 million while playing baccarat. Authorities believed the team, largely comprised of Thai nationals, devised a scheme where they could read the sequence of cards in advance.

Then there’s Phil Ivey. Atlantic City’s Borgata Hotel Casino and Spa accused the poker pro of scamming them out of $9.6 million. According to court documents, Borgata said Ivey was “edge sorting”—using small flaws in the cards to identify its face value—during four sessions at the casino’s baccarat tables in 2012.

It wasn’t the first time Ivey faced legal difficulties with his baccarat play. In 2013, London’s Crockfords casino accused the poker player of employing the same technique to win £7.3 million. Ivey admitted to edge sorting, but said it was the casino’s responsibility to eliminate the flawed decks from circulation.

Casinos have an extensive array of methods to prevent cheating. Aside from employing standardized procedures at the tables, they also have security cameras and recorders that monitor all the action. There’s also a facial recognition software that detects cheats and card counters, among others, as soon as they enter the door. And now, there’s the possibility of using robotics.

“The product name is R200 Auto Robotic Arm, and it’s installed with two shufflers, which is able to play two baccarat games at the same time,” BingoTimes’s Olivia Chiang told CalvinAyre.com. “One side will be dealing games and one side is shuffling, so the operator does not need to worry that the dealers will cheat.”

Chiang said for players who “don’t trust the dealers,” the robotic arm is a better choice to ensure the fair process of the game.