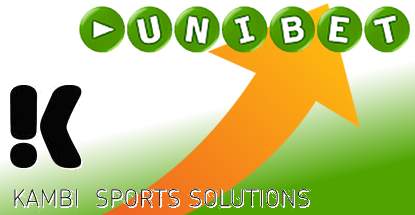 Stripping aside the one-time gains from last year’s spinoff of its Kambi Sports Solutions B2B offshoot, Unibet revenue hit £80.5m in the three months ending June 30, up 6.6% from the same period last year and a new all-time company record.

Unibet says its Q2 comparisons were negatively skewed by currency exchange fluctuations and true revenue growth in constant currency terms was over 21%. Earnings and profit after tax each rose 20% to £19m and £13.4m respectively.

The company achieved these results despite a 1% decline in the number of active customers and the lack of a major sporting event like last summer’s FIFA World Cup. Unibet credited its good fortune to its continued focus on operational efficiency and the legacy effect of previous marketing investments.

Unibet’s sportsbook revenue was up 9% to £34.9m. Live betting’s popularity continued to grow, with its share of turnover rising 4.5 points to 69% while live betting revenue share rose 10 points to 53.2%. Overall sports margins after free bets slipped 0.2 points to 6.7%.

Casino & Games revenue rose 8% to £40.6m while poker gained 12% to £1.9m. While still representing just 3% of Unibet’s overall revenue, the year-on-year poker gain snapped a long losing streak for the vertical, which the company believes validates its late-2013 decision to ditch the grinder-heavy Microgaming Poker Network in favor of a bespoke standalone product catering to recreational players.

Unibet is also slowly lessening its dependency on Nordic markets, which saw their share of overall revenue fall three points to 45% in Q2. Those three points were added on to Western Europe’s share, which rose to 43% of the total pie. The Western Europe gains were most strongly felt on the poker and casino verticals, which rose 24% while Nordic markets shrunk 7%. Expect this trend to accelerate following last month’s acquisition of the online operations of the UK-facing Stan James Group.

KAMBI ENJOYING LIFE ON ITS OWN
Meanwhile, Unibet’s former B2B division Kambi posted its own Q2 results on Wednesday, showing revenue up 13% to €10.7m, earnings flat at €800k and profit after tax up 25% to €500k. Turnover at Kambi-licensed operators, which include Unibet, 888 Holdings and 32Red, rose 36% in Q2 despite the aforementioned lack of a major football tourney.

Since the quarter ended, Kambi has parted ways with Spanish operator Juegging, which has decided to opt for a more regionally focused operation. Kambi’s deal with Georgian operator Iveriabet has also come undone after Iveriabet decided to exit the market following regulatory changes. Kambi doesn’t expect either deal’s demise to have a material impact on its revenue.

Kambi is also in the process of rolling out its new betting client, which it hopes will be welcomed by both clients and end users alike.