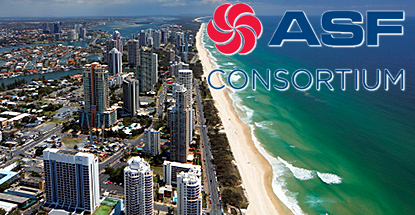 Chinese-backed casino plans in Australia’s Gold Coast have been given new life by the Queensland government.

On Tuesday, the state government in Queensland gave its okay for the Chinese-backed ASF Consortium to start planning construction of a $2b integrated resort on state-owned land on the Gold Coast’s Main Beach. State Development Minister Anthony Lynham said ASF would produce a detailed master plan of requirements and timeframes by Q1 2016, which would be followed by a “detailed public consultation.”

ASF’s previous plan to build a $7.5b integrated resort and cruise ship terminal in the area was rejected last year after local residents and environmental groups expressed concerns over the massive project’s potential impact on the region’s ecology. At the time, ASF vowed to work with the state government to revise the plan to address these concerns.

The terminal part of the plan has been officially scrapped, leaving only the integrated resort on a five-hectare property sandwiched between the local Sea World facility and the Gold Coast Fisherman’s Co-operative on the Southport Spit. Lynham said the scaled-down project would not necessarily have to go through an environmental impact assessment process, although it would face “a raft of community consultation.”

ASF chair Min Yang said the planned resort would be “the newest centerpiece of this Australian tourism capital.” As with virtually every other gaming project in the Asia-Pacific zone, the plan is to draw China’s growing tourist class to the Gold Coast, which Yang described as “an internationally recognized brand already.”

Gold Cost Tourism CEO Paul Donovan said ASF’s resort would be an “iconic, game-changing development” for the region, which he suggested had relied too long on its natural attractions to draw international visitors.