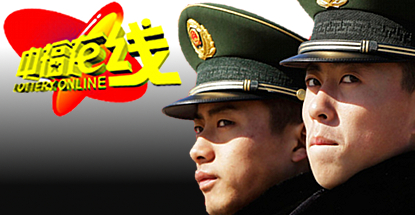 A Chinese reporter with a track record of exposing corruption has made some rather staggering allegations regarding a state-owned online lottery operation.

Wang, who previously exposed corruption by the former president of state-owned China Resources (Holdings) Co Ltd, accused He of controlling “the system, sales data and funds of the lottery, which severely violates regulations.” Wang said “lottery data and technical skills should be separately managed to prevent fraud, but He’s company played both roles for 12 years.” Wang went on to describe China Lottery Online Co Ltd as a “freak” of China’s lottery industry.

Wang first published his allegations about He in the Economic Information Daily newspaper in May of this year, which led He to sue Wang for defamation. He is seeking RMB 5m in damages from Wang, as well as a public apology to be published for seven consecutive days. A Beijing court has already heard the case but has yet to issue a decision.

China’s lottery business has been in a state of turmoil ever since Beijing launched an audit of provincial lottery administration centers in November 2014. Preliminary findings were sufficiently alarming for China to order the suspension of online lottery sales in March. In June, the National Audit Office announced that its audit had uncovered the misuse of over RMB 16.9b ($2.8b) in lottery funds, representing 18% of the government’s share of lottery proceeds.

Late last month, the National Audit Office announced the start of a five-month campaign to make Welfare Lottery activity more transparent. Civil Affairs Minister Li Liguo said the misuse of lottery funds had “damaged the image of the Party and the government” and thus the government would ramp up supervision of lottery fund management and the drawing of lottery numbers. Li strongly suggested that lottery administrators “introspect and correct every wrongdoing uncovered by the audit.”

In addition to the suspension of online lottery sales, Beijing’s ongoing crackdown on corruption by public officials has also resulted in 13 months of decline in Macau’s casino gaming revenue. Anyone hoping that Beijing would take its foot off the gas anytime soon got a rude awakening by the recent announcement that the official website of the Communist Party’s Central Commission for Discipline Inspection had set up a new anonymous tip-off line for citizens to report suspected chicanery.