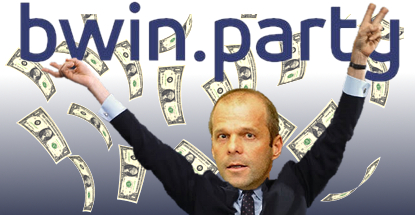 888’s exec chairman Brian Mattingley told Reuters the deal was “all about scale … When you’ve got critical mass you can ride storms and take advantage of opportunities as they come along.”

Had the two parties been joined at the hip in 2014, their combined revenue would have approached £700m, around £80m more than Canada’s Amaya Gaming, whose joint bid with GVC Holdings was rejected by Bwin.party’s board in favor of 888.

Speaking to analysts following the deal, 888 COO Ital Freiberger emphasized the minimal overlap between the two companies’ core businesses, with 888 being predominantly UK-facing while Bwin.party derives the bulk of its revenue from Germany.

888’s fledgling sports betting business will receive a boost from the addition of the Bwin betting operations and will spell the end of 888’s B2B relationship with Kambi Sports Solutions. Frieberger told eGaming Review that the switch to Bwin’s sports technology was “not something that is going to happen in a couple of months” and Kambi would “have enough time to do what they need to do in order to mitigate” the change.

888 plans to rebrand Bwin.party’s technology division as a B2B business named Studios. Assuming Studios can attain a sufficient volume of customers, it will be spun off into a publicly listed entity, although that isn’t likely to transpire for a number of years.

The deal further boosts 888’s presence in the fledgling US regulated online gambling market. 888 was already the only operator active in all three regulated US states and will now control Bwin.party’s online deal with Atlantic City’s Borgata casino, the biggest operation in by far the largest intrastate market.

Investor Jason Ader, whose SpringOwl investment vehicle acquired a 6% stake in Bwin.party in 2014, released a statement praising Friday’s deal. Ader, who fought a prolonged battle with Bwin.party’s board over its strategy (or lack thereof), said he had “brought 888 into the process to maximize shareholder value.” Ader said 888 was “the best buyer and will realize significant long-term synergy value with the least amount of execution and regulatory risk.”

The companies say they expect to realize cost synergies of over $70m per year by the end of 2018. Among those synergies is the cutting loose of current Bwin.party CEO Norbert Teufelberger (pictured). Teufelberger will reportedly hang around as an occasional consultant but at least 888 shareholders won’t have to dole out more unjustified seven-figure bonuses to the man who presided over the disastrous devaluation of Bwin.party’s share price following the ill-fated 2011 merger of Bwin and PartyGaming. It remains to be seen whether 888 can avoid the same pitfalls.