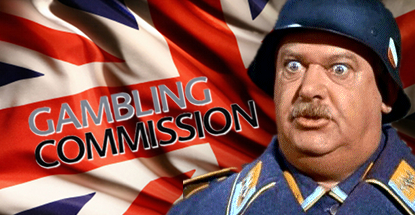 The UK Gambling Commission (UKGC) says its new online gambling licensing regime has not led to the creation of a massive black market of unapproved operators.

The UKGC says it had identified “about 150” operators doing business in the UK under whitelist or European Union licenses. The UKGC says that “almost without exception,” these operators are now operating under UKGC licenses.

The “limited exceptions” that opted not to obtain a UKGC license have withdrawn from the UK market and are now blocking UK gamblers from accessing their sites. As a result, the UKGC says it has gone from regulating “less than 15%” of the UK online gambling market to “nearly 100%” of UK-facing operators.

The UKGC said that legal challenges brought by the Gibraltar Betting and Gaming Association (GBGA) had claimed that the new regime “would create perverse incentives and lead to the creation of an illicit market of unscrupulous service providers.”

But the UKGC report says it has “found no evidence of the threatened move underground or emergence on any scale of illegal websites targeting Britain” following the new regime’s implementation. Of the few rogue exceptions, “some responded immediately” to UKGC requests to cease their activity while others were “cut off” from the UK market by “the main payment providers and advertising platforms.”

The UKGC said it had received “a great deal of support” from payment providers, advertising channels and online platforms such as Google and Facebook. The UKGC cited five specific incidents between Nov 1, 2014 and April 1, 2015 in which payment providers prevented “unregulated access” to the UK market. The UKGC finds it “encouraging” that payment providers are now “approaching the Commission in advance for guidance, when they perform due diligence on prospective merchants.”