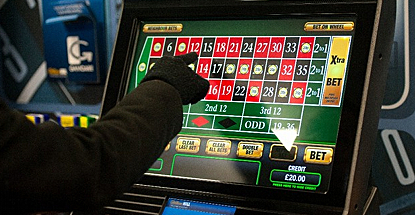 The UK government has rejected an effort by local town councils to reduce stakes on gaming machines in betting shops.

In November, a group of 93 local councils led by the reliably stroppy Newham Council banded together to press the government for a reduction in the maximum betting stakes on fixed-odds betting terminals (FOBT). The councils wanted the existing maximum stake of £100 per spin reduced to a mere £2 based on their belief that FOBTs were an existential threat on par with ISIS, ebola and Kanye West headlining all future Glastonbury festivals.

On Thursday, the UK government rejected the bid, with a gov’t spokesman explaining that the Tories couldn’t get behind Newham Council’s proposal “as we have already acted by introducing stronger gambling controls to further protect players and promote responsible gambling.”

New guidelines introduced in April meant punters looking to wager £50 or more per spin had to fork over the money to a betting shop staffer rather than feed it directly into the machine themselves. The gov’t also granted councils more say in determining whether to permit additional betting shops to open in their districts.

Newham mayor Sir Robin Wales called the government’s decision an “insult” and said the councils would “challenge this decision, because without a reduction in stakes, FOBTs will continue to blight the nation’s high streets.” The councils had proposed their changes under legislation that would have granted them even more power to promote the “sustainability of local communities,” although studies have shown that betting shops are actually helping to fill the void left by dormant businesses on those blighted high streets.