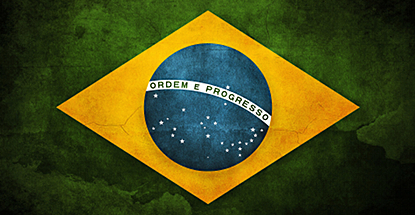 On Monday, Brazil’s Senate approved the 671/2015 legislation; otherwise known as ‘MP Football’ because it is intended to shore up the finances of the nation’s football clubs. Part of the legislation involves the creation of two new lotteries, from which a portion of the proceeds will be diverted to the clubs.

One of the lotteries will be an instant-win scratch game using Brazilian football team iconography, while the other appears to be less of a lottery and more of a traditional fixed-odds betting scheme. This product will be overseen by the country’s federal bank, the Caixa Econômica Federal (CEF), either directly or via a concession awarded to third party operators.

The only forms of legal gambling currently permitted in Brazil are lotteries, horseracing and live poker tournaments. As the world’s fifth-largest country by population, Brazil is the white whale of South American markets for online gambling operators. Previous legislative efforts to approve online betting have failed to gain much traction but apparently the lingering costs of the 2014 FIFA World Cup and the upcoming costs of the 2016 Summer Olympic Games are helping to change attitudes.

While many of the specifics have yet to be determined, eGaming Review reported that the new regime would also apply to online wagering and that President Dilma Rousseff was expected to approve the legislation in the coming weeks. eGR quoted attorney Luiz Feliepe Maia of the Sao Paolo firm of Oliveriea Ramos, Maia e Advogados Associados as saying the plan represented a “game changer” for Brazil’s gambling environment.

Maia said the government would attempt to bolster its domestic online market by subjecting players and affiliates of unauthorized operators to fines of up to £40k. However, the government has so far offered no indication that it intends to impose IP- or payment-blocking international operators.