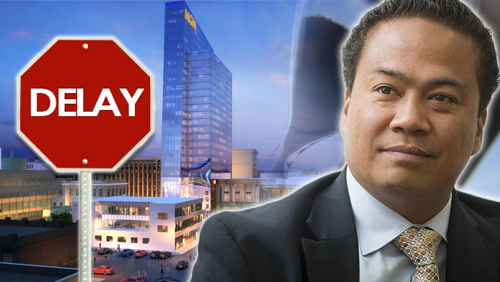 MGM Resorts submitted a revised schedule for its $800-million Springfield casino to the Massachusetts Gaming Commission (MGC) on Thursday, seeking to delay its opening date by a year.

Under the new plan, the gambling facility is to be completed in August 2018 and will have its official opening on September 5, 2018. Originally, the property was expected to open doors for visitors in the fall of 2017.

MGM officials explained that the main reason for their move was the delay in the project for the Interstate 91 viaduct’s rehabilitation. According to them, it would make it difficult for the casino operator to follow its initial plan and open its property on time. The reconstruction project would close important lanes and exits in near proximity to the $800-million casino.

“At this point, we want to make sure we open the best way we can,” MGM Springfield President Michael Mathis told the commission. “The industry is littered with many examples of companies that made the wrong decisions for opening. Those are long-lasting decisions that take a long time to recover from. In a very competitive environment, we may lose some of these customers, frankly, forever.”

MGC Chairman Stephen Crosby said that the commission would consider the plan and is likely to approve it, even though that would result in the state losing $125 million in gaming revenue. He also pointed out that the regulator would do the necessary due diligence before proceeding with the plan’s approval. Commissioners are to vote on the matter no earlier than their next meeting in July.

Springfield officials, including Mayor Domenic Sarno, sent a letter to the commission to express their support for the latest casino plan. It was also announced that MGM would pay the additional amount of $1 million to the city by the fall of 2017. Under its financial commitments to Springfield, the casino operator is to also pay a community impact fee of $2.5 million by May 8, 2017, and annual payments of $2.5 million as of July 1, 2018.