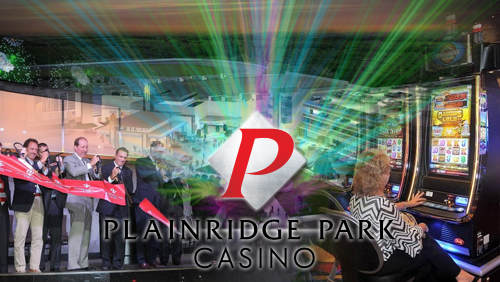 Two days before the official opening ceremony, the venue opened doors for several thousand people for the last equipment tests. Invited to the facility to experience gaming for the first time were regular gamblers of nearby Connecticut casinos, construction contractors who worked on the facility and officials of the state.

During the soft launch, only minor issues were found such as seating people in the dining areas or preparing food in time for the number of guests on-site.

“I would like to officially welcome players to Massachusetts’ first gaming facility,” said Penn National Gaming President and CEO Tim Wilmott. “We’re thrilled for guests from throughout Massachusetts and beyond to experience Plainridge Park’s unique style of premier gaming, dining, and entertainment in a luxurious and modern atmosphere.”

The slot parlor features a total of 1,250 slot machines and several electronic table games, such as poker, roulette, blackjack, etc.

The casino will feature dining and entertainment venues, including an upscale restaurant called Slacks Oyster House and Grill, Flutie’s Sports Bar and the Revolution Lounge.

The 106,000 square foot racing and gaming facility employs more than 600 people and generated 1,200 construction jobs and is open 7 days a week, 24 hours a day.

“It has been an honor to be welcomed by Plainville and the surrounding communities as we partnered with the Commonwealth in creating new jobs, returning revenue to the people of Massachusetts, and creating a new economic engine right here where it is so needed,” Wilmott added.

The casino is expected to compete with Twin River casino in Rhode Island for Massachusetts customers.