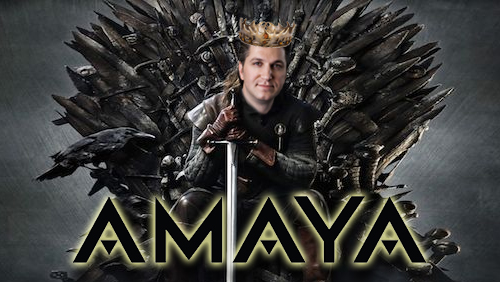 Amaya Gaming CEO David Baazov was re-elected as the company’s chairman of the board despite being a part of the insider trading probe.

Baazov received 96% of shareholders votes during the company’s annual general meeting in Montreal on Monday.

Baazov said business has carried on during the investigation and he is confident Amaya will be cleared.

“There has been no effect on the day-to-day operations of Amaya. It’s not taking away from the mental real-estate of the executive team, the staff, the organization, etc,” said Baazov.

“It’s not something to be taken lightly, but it’s not Hollywood either,” added Baazov. “If people go through the information carefully, look at the timeline, anybody who is sophisticated and rational can come to a pretty rational conclusion about the events that took place to get us where we are.”

Earlier this month, Amaya Gaming confirmed that its top two executives—CEO Baazov and CFO Sebag, were named in an investigation by Quebec’s financial market watchdogs Autorité des Marchés Financiers (AMF), relating to trading activity of the company’s stock ahead of the $4.9 billion PokerStars’ takeover in June 2014. But the company confirmed that the investigation does not involve personal trading by Baazov or Sebag and that AMF has neither threatened nor initiated any legal proceedings against the corporation or its employees.

Baazov also commented on Amaya achieving a dual listing on Nasdaq, along with Toronto Stock Exchange, saying that the company is looking for more liquidity and more exposure.

“I think it’s great that a Canadian company that started on the Venture [Exchange] graduated to the TSX and has now gone to the Nasdaq as well,” said Baazov.

Amaya’s CEO also expects PokerStars to be licensed by New Jersey gaming regulators in the third quarter of 2015 and the company has been actively lobbying U.S. legislators to crate regulation for online gambling across the country.

“We’re giving a lot of information showing statistical data, showing responsible gaming data, showing what technologies have been innovated and applied at PokerStars. We’re sharing it with others to show that you can have this in a regulated fashion and have that tax efficiency while you are protecting consumers as well.”

Baazov also confirmed plans on offering other online services aside from gaming in the next six months to a year to acquire more consumers. “We believe we are a tech company at heart. Where we plan to go with this is not just gaming. We’re excited about leveraging technology in order to acquire more consumers, but not to push them towards gambling — to give them what they want.”