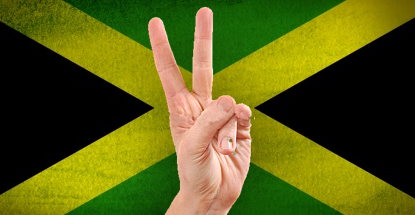 Jamaica has provisionally approved two resort casino projects that will require a combined outlay of nearly $1.3b.

Jamaica passed its Casino Gaming Act in 2012 and invited casino operators to submit development applications the following year. On Tuesday, Finance Minister Dr. Peter Phillips revealed that the government had approved provisional development orders for two of the five applications it received for the maximum three casinos allowed under the legislation.

Harmony Cove Limited’s project in Trelawny is the larger of the two, with its first phase expected to cost around $970m. In addition to gaming facilities, the long-term vision for the project calls for five hotels offering up to 5k hotel rooms, 450 residential units, two PGA-caliber golf courses, a 350-boat marina and a dedicated private airport.

Harmony Cove is a partnership between investment firm Tavistock Group and the state-owned Harmonization Limited, with the latter firm holding a 49% stake. However, the structure of the partnership may change under financing deals with Chinese backers.

Each project is required to eventually offer over 2k hotel rooms, 1k of which must be developed before being allowed to apply for a gaming license from the Casino Gaming Commission. A source told the Jamaica Gleaner that the development orders will remain provisional until the developers deliver on “what they have promised.”

Philips said each project was required to start construction by mid-2016. Together, the two projects are expected to create more than 5,100 jobs. Philips believes the new resorts would lead to “a strengthening of the tourism industry’s competitiveness and the bolstering of economic development through job creation, increased tax revenue and additional demand for locally produced goods and services.”

Applications by three other bidders – Amaterra Jamaica, Casino Royale and Fiesta Jamaica – were either rejected or withdrawn during the Ministry of Finance and Planning’s due diligence phase.