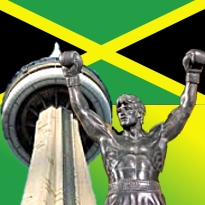 Integrated resort casinos are finally coming to Jamaica following Friday’s passage of legislation by the country’s Senate. Jamaica passed laws in 2010 authorizing the construction of up to three resort casinos, but the legislation approved Friday allows the country to officially accept casino license applications and proposals from developers. The House of Representatives gave the legislation its stamp of approval last month. The country currently has only a few hundred slot machines in operations at tourist hotels. Noting that Prime Minister Bruce Golding first announced the casino plans way back in 2008, Senator Noel Sloley told the Jamaica Gleaner he couldn’t fathom the snail’s pace the country had adopted in liberalizing its gaming market. “It is as if we are afraid of success. Our implementation level does not match up to our announcement level.”

Wynn Resorts has confirmed it will apply for a casino license in Philadelphia before the Nov. 15 deadline. In 2004, Philadelphia passed a law allowing two casinos to be built within city limits, but only one – SugarHouse – was ever opened. Wynn walked away from plans to build a casino in the city of brotherly love in April 2010, but now says it hopes to construct a 150k-square-foot gaming joint on 60 acres of waterfront land. Besides Wynn, five other groups have expressed an interest in the lone remaining casino license: both Penn National Gaming and the dynamic duo of Greenwood Gaming (which runs the Parx in Bensalem) and Maryland’s Cordish Group are proposing to build facilities in the Stadium district. The Goldenberg Group, local developer Bart Blatstein and parking facility outfit the Parkway Group have all proposed separate casinos for the Center City area.

Opening a casino in Toronto would boost the local economy without cannibalizing local businesses, according to a study by the International Gaming Institute at the University of Nevada Las Vegas. The study, commissioned by the Canadian Gaming Association, concluded there was “minimal downside risk” of local businesses – including lottery retailers and Woodbine Racetrack, with its slot-machine casino – having their revenues gobbled up by a new resort casino in metro Toronto. The UNLV’s Kahlil Philander told the Las Vegas Revew-Journal that a T.O. casino would draw plenty of tourists with “lots of disposal income” who will “venture out and spend that money in nearby locations.” Philander said the UNLV researchers “could not find strong empirical evidence” to support the cannibalization argument.