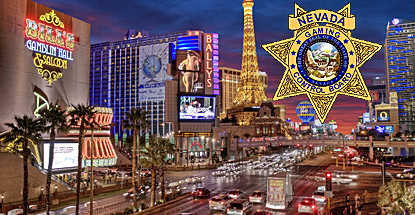 The performance was even better on the Las Vegas Strip, which posted its best April monthly revenue in seven years. Figures released by the Nevada Gaming Control Board showed Strip revenue up 7.8% to $499m while downtown Vegas rose 12.5% to $49.6m.

The overall numbers were further depressed by football bettors who suddenly remembered they had nearly $4.7m worth of winning tickets in their wallets. Parlay wagers earned a whopping $30k while ‘other’ sports were up nearly 10% to $3.8m. The state’s race books saw revenue fall 7.7% to $3.4m.

Over the first four months of 2015, Nevada gaming revenue is up 2% but the current total for the state’s fiscal year (which ends June 30) is down 1.4%. Nevada has had just four months of revenue gains during that 10-month span but next month’s report should be a doozy, given the influx of high-rollers who swarmed Vegas to watch the Mayweather-Pacquiao fight.