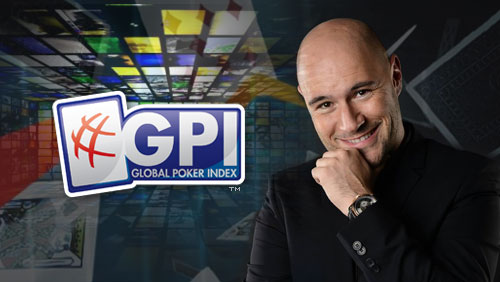 If you didn’t know Alex Dreyfus, and stalked him on Twitter, you could be forgiven for believing he is a hormone-ravaged teenager. The man has become obsessed with Twitch, and now we know why.

The man driving poker to the masses harder than Lewis Hamilton drives a Mercedes has announced plans to launch a new Global Poker Index (GPI) TV show this weekend.

The focus of attention will be the final weekend of what has been a superlative Spring Championships of Online Poker (SCOOP), and the action will be coming to you from his brand new TV facilities in Malta. Not every screw and bolt has been put in place, so the set is still in beta-mode, but it’s never been Dreyfus’s style to wait when there are fans to please.

“Whilst most of the poker ecosystem is based on a customer experience,” writes Dreyfus, “GPI’s aim is to develop a fan experience with digital content and competition at its core model.”

The new show will be thrust into the capable hands of the former PokerNews and PokerStars.tv host, Laura Cornelius, and the brilliant Neil Channing will accompany her.

Credit to Dreyfus, he knows how to pick them. I was delighted to see Jesse May commentating at the Global Poker Masters (GPM), and am just as happy to see Channing brought into the fold.

It’s envisaged that the new video platform will support the forthcoming Global Poker League (GPL), and the teams other GPI initiatives. Dreyfus admits to becoming hooked after 870,000 unique viewers tuned in to watch coverage of the inaugural GPM earlier this year.

“Since the GPI has been creating stellar content for the Twitch community, we are excited to continue working with them to help grow their presence on our platform.” Scott Ball, Poker Partnerships Lead at Twitch.

This weekend is just the beginning. Dreyfus plans to opens two more TV studios in the near future, will broadcast from the World Series of Poker (WSOP), and also promises weekly coverage of all the best online poker tournaments.

“I would like to think of the GPI as a poker lab.” Said Dreyfus.

The next stage in Dreyfus’s mission to ‘Sportify’ poker begins Friday 22 May at 8pm (CET) at Twitch.tv/gpipoker/.

Tune in, check it out, and give the man your feedback.