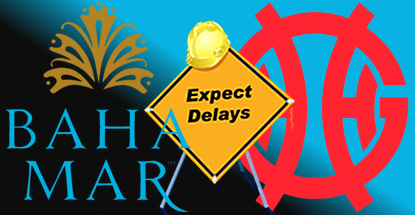 The troubled Baha Mar casino project in the Bahamas isn’t likely to open this year and rumors are flying that Malaysian conglomerate Genting Group is looking to buy out the original developer.

Developer Baha Mar Ltd. has been trying to birth its $3.5b resort project on the Bahamian island of New Providence since 2008. When the global economy crashed, Chinese state-owned firms China Exim Bank and China Construction America (CCA) rode to the rescue and construction began in February 2011. Since then, the project has encountered fresh delays and the search for scapegoats has sparked a vicious battle of he-said/she-said between the developer and the Chinese firms.

On Monday, a Bahamian gov’t source told local media outlet The Tribune that Baha Mar Ltd. does “not have the cash to finish the project or pay the contractor.” In March, the Tribune reported that CCA “admitted they slowed down” work on the project because it hadn’t been paid for work done in February.

Monday also saw a tabloid report that Bahamian Prime Minister Perry Christie had struck a deal that would see Genting acquire a 51% stake in the project. Baha Mar Ltd. senior VP of gov’t affairs Robert Sands subsequently claimed there was “absolutely no truth to [the Genting] story and I categorically deny it.”

On Monday, Christie brokered a meeting between the feuding parties – his second such power summit in as many months – with the Chinese ambassador sitting in on the discussion. Later, Christie said he’d “articulated a position that I think and that I hope will result shortly in a shared position on the part of all of us.” Christie said he hoped “that I have been listened to and that the results will soon be evident to all.”

Christie noted that the government had made “substantial contributions” to “the largest single investment in the history of this region,” and therefore “we have no room for error, no room for mistakes.” Christie has previously expressed concerns that further delays would lead to job losses for Bahamian residents.

Baha Mar was originally slated to open in December 2014, but this was pushed back until March, and then pushed back again to May. Last week, Travel Weekly reported that the official launch had been delayed at least another four months but the Tribune’s sources said an opening anytime in 2015 now appeared doubtful.