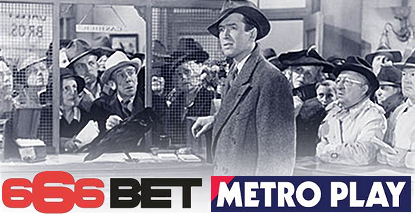 Customers of online gambling sites 666Bet and MetroPlay are breathing a little easier this week after the sites began processing some withdrawal requests.

It’s been over a month since the UK Gambling Commission (UKGC) suspended the operating license of Metro Play Ltd., the parent company of both gambling sites. A week later, news broke that 666Bet director Paul Bell had been arrested as part of a £21m VAT fraud and money laundering investigation.

As time dragged on and the sites remained dark, players protested their inability to access their account balances. 666Bet and the UKGC engaged in some ‘he said, she said’ banter over the cause of the delay until earlier this week, when 666Bet announced it had reached a deal with online wallet Skrill to process payouts. Shortly thereafter, online forums began filling up with players reporting happy reunions with their formerly frozen funds.

The UKGC has since issued an update expressing its understanding of the current situation. Both 666Bet and MetroPlay’s websites are once again live although many customers have failed to receive responses to emails. The UKGC understands that the only viable means of communication are the sites’ social media accounts. Payouts from both sites are being processed via Skrill but pending withdrawal requests from March aren’t being processed.

666Bet’s official Facebook page offered its own update on Wednesday, saying the volume of withdrawals meant “it may take a day or two longer than the advised 3-5 day turnaround.” 666Bet addressed the pending withdrawal issue, saying it was “working on a resolution to return balances to customer accounts as quickly as possible.” 666Bet reminded its customers that they needed to open a Skrill account in order to make a withdrawal request.