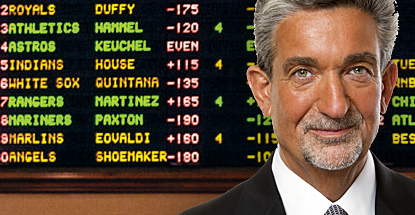 Nevada’s ‘entity’ sports betting legislation was narrowly approved by the state Senate on Thursday. Legislators approved SB 443 by a vote of 11-10, split strictly down party lines, Republicans edging out Democrats. The bill now heads to the state Assembly, where Republicans hold a larger majority.

SB 443 would allow out-of-state individuals to place wagers with Nevada sportsbooks via a Nevada-based entity. The bill seeks to avoid conflict with the federal Wire Act of 1961 – which bars such cross-border wagering – by denying out-of-state residents a direct line to the spotsbooks. Instead, the non-Nevadans will be like investors in a mutual fund, profiting from winnings but unable to dictate wagering preferences.

Non-Nevadans looking for greater wagering freedom are pinning their hopes on New Jersey’s quest to overcome the federal PASPA sports betting prohibition. The court fight, argued last month at the US Third Circuit Court of Appeals, is over the state’s desire to permit sports betting at Atlantic City casinos and state racetracks. The Court has yet to issue its verdict but, should New Jersey be allowed to go down this road, many other US states would follow.

Speaking via Skype at this week’s iGaming North America 2015 in Las Vegas, New Jersey State Senator Ray Lesniak handicapped the likelihood of a favorable ruling at 85% to 90%. Lesniak, a strong proponent of his state’s gambling industry, called the Third Circuit panel ‘the best shot [New Jersey] will ever have.” Even if the Third Circuit doesn’t outright side with the state, Lesniak believes it will lay out a viable alternate path to achieving betting legalization.

In the meantime, the owner of the National Basketball Association’s Washington Wizards has added his name to the list of NBA owners that would support legal sports betting. Ted Leonsis (pictured), who also owns the NHL’s Washington Capitals, told Sports Illustrated he supports NBA Commissioner Adam Silver’s call for a federal framework for legal sports bets. Leonsis believes the league would be “better to get in front of” the sports betting issue because “the consumer is going to do what the consumer is going to do.”