Home / Business / NBA Playoffs: Updated Title Odds Paint A Clear Picture On Who To Bet On 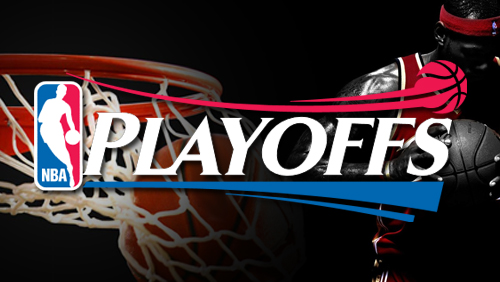 The NBA Playoffs have arrived and like everybody else, I’ve found myself diving through a pile of previews on first-round match-ups that are talking about which teams will advance and which ones are primed for the upset. These things are important now that title odds and series odds are already being offered by a lot of sports books.

The most popular bet at this point are the title odds for each team because locking on the favorites and the potential sleepers this early means that you’re getting better odds than what you’d get after the first round is finished. That’s what happens when half of the teams in the playoffs get bounced out, leaving only eight teams left standing. Less teams, lower odds. Pretty simple.

Looking at it from this perspective, the Cleveland Cavaliers and the Golden State Warriors each getting 11/5 odds as the two favorites means that if you’re confident about both team’s chances, this is the best price you’re going to get for either team. A little ways down the road from the Cavs and Warriors are the defending champions San Antonio Spurs at 7/2 odds.

Based on the pricing of most sportsbooks, oddsmakers are pretty confident that these three teams can be considered tri-favorites and everybody else is either a dark horse or a long shot at best. Normally, there’s going to be a team or two getting somewhere around 7/1 to 10/1 odds, but a quick glance at what’s being offered shows that the next two teams on the list – the Atlanta Hawks and the Chicago Bulls – are all the way down at 12/1 odds. It gets even muddier from here because the Houston Rockets and the Los Angeles Clippers aren’t too far behind from the Hawks and the Bulls at 14/1 and 18/1, respectively.

That’s a pretty big gap from the the triumvirate of the Cavs, Warriors, and Spurs and a somewhat clear indication that oddsmakers are confident that the Finals will either be Cleveland vs Golden State or Cleveland vs San Antonio.

Quick note here: Of these seven teams, the Clippers and the Spurs will meet in the first round so at the very least, one of these seven teams will be eliminated by the time the second round starts. Tricky business, indeed.

After the Clippers, the odds plummet all the way down to 33/1 for the Memphis Grizzlies, followed by the Dallas Mavericks and the Portland Trailblazers at 40/1, the Toronto Raptors at 50/1, the Washington Wizards at 75/1, the Boston Celtics and New Orleans Pelicans at 150/1, and the Brooklyn Nets and Milwaukee Bucks at 200/1.

Unless you’re a homer of any of these teams getting 40/1 odds or higher, you’re better off just betting on them from series to series. In the unlikely – and I mean unlikely – event that any of them somehow advance past the first round, you at least have enough in winnings to make a decent-sized bet on what their title odds will be in the second round. Otherwise, steer clear of them. That’s the smart move at this point.

So where does this leave us? Obviously, the Cavs, the Warriors, and the Spurs are the three most obvious choices. But if you really want to bet on the team with the least possible resistance to the Finals, you pick Cleveland.

First of all, are we even sure that the Spurs can beat the Clippers in the first round? LA has the home-court advantage and while it’s been an exercise in futility to count out the Spurs every year, they’re not exactly playing a team that they can just walk through. LA will pose some serious challenges to San Antonio and as a bettor, having that kind of stress early in the playoffs probably isn’t a good idea.

Golden State makes fora compelling choice, but their path isn’t going to be easier than what Cleveland will go through. If you’re picking between the two, go with the team who plays in the vastly inferior conference. That’s not to say that Golden State doesn’t have a chance to make the Finals but supposing that it beats New Orleans in the first round and faces the Memphis Grizzlies, is that series immediately a lock? No, it’s not. Let’s say they beat the Grizzlies in seven hard-fought games. A potential date with either the Clippers, Spurs, Rockets, and Mavericks loom. None of these teams will be a cake-walk for the Warriors.

By contrast, the Cavs really don’t have anything to worry about at least until the Conference Finals against what most likely will be the Atlanta Hawks. Sure the Hawks have home court advantage, but they’ve been ravaged by injury issues at the worst possible time and even when they’re fully healthy, are we really sure they’re as good as people are making them out to be? Was that 19-game winning streak one of the flukiest things to happen in the NBA in recent years?

If you’re the Cavs and you’re facing a team in the conference finals that has as many questions surrounding it as the Hawks, you’re in a pretty darn good place to be in.

So, who’s the best title bet in my opinion? I’m going with the Cleveland Cavaliers here for all the reasons I mentioned. People can argue about who’s the MVP this season until the cows come home, but the truth is, we’re only having this discussion because people have become so accustomed to giving it to LeBron James. He’s still the best player in the league and he’s playing for the Cleveland Cavaliers.

Give me a combination of King James and the Cavs’ easy road to the Finals and the choice is pretty clear, isn’t it?