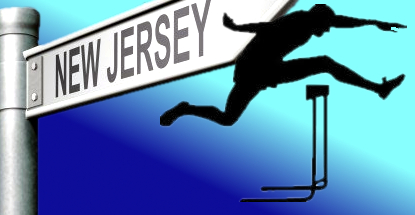 The gains were entirely driven by the casino vertical, which earned $10.9m this March compared to $8.6m a year ago. By comparison, the struggling poker vertical fell from $3.2m last year to just $2.2m in March 2015. Poker revenue rose nearly 10% on a sequential basis but March also had 10% more days than February, meaning the vertical was essentially flat, so don’t go popping those champagne corks just yet.

The month’s overall revenue total is a significant improvement over the $11.9m the market recorded in the same month last year. The numbers are up even more from the $10.4m the market generated in February 2015, although those numbers were artificially depressed due to a $1.5m jackpot at Betfair’s online casino site.

Sites operating under the Caesars Interactive Entertainment banner reported $2.8m in revenue, up around $300k from February 2015’s total. CIE’s casino vertical brought in $1.8m (+12%) while poker revenue came in just under $1m (+6%).

As for the casino-only sites, the Tropicana led the way with $3.04m in revenue, up around $400k from the previous month. The Trop’s total barely nudged out the Golden Nugget/Befair combo’s $2.96m, which is up dramatically from February but would be basically flat absent that aforementioned $1.5m jackpot payday. Resorts Casino Hotel’s newly launched casino site generated a mere $154k, although that’s triple its contributions from its one week of operation in February.