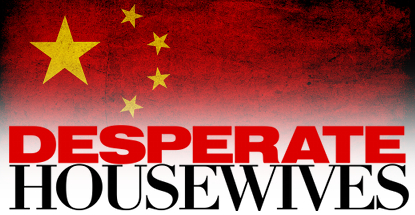 Macau’s casino revenue crisis is providing opportunities for casino entrepreneurs on the Chinese mainland, leading to the recent arrest of an all-female gang of would-be casino bosses.

According to Shanghai media outlet ThePaper.cn, police in Jinhua City in Zhejiang province raided an illegal gambling den late last month after receiving a tipoff from neighbors. Inside the private residence, police found 34 people, all of them female, most of them over 40 years old. Seven of the 34 were arrested and charged with organizing illegal gambling, while the other 27 were released after receiving “appropriate administrative penalties.”

Police confiscated around RMB 150k (US $24k) in cash from the gaming tables during their raid. The women getting their gamble on were not only of a certain age but also a certain demographic, judging by the fleet of BMW, Porsche and other luxury automobiles parked on the street outside the gambling den.

The authorities believe the gambling den first opened its doors in December. When asked why they’d embarked on their life of crime, the seven ringleaders said they were looking for some way of livening up their privileged but desperately dull lives.

The ringleaders’ families were all apparently involved in successful manufacturing businesses, leaving them comfortably well off but there’s just so many tea parties a girl can host before the walls start closing in. With no Desperate Housewives of Jinhua spinoff in the works, becoming casino bosses seemed the next best option.

Hey, it could have been worse. In January, police in the Zhejiang city of Wenzhou busted an all-female illegal drug gang in which the average age of the participants was over 50. Again, when asked why they’d broken bad, the gangster grannies cited boredom. Tune in next week when a bunch of 60-year-olds overthrow the Communist Party because there’s nothing good on telly.