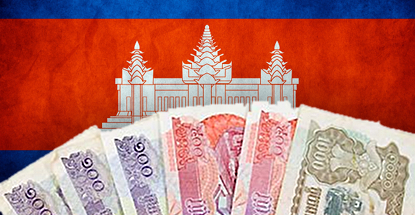 Ros Phirun, director general of the finance ministry’s financial industry department, told the Cambodian Television Network that the country’s 59 casinos had not only contributed to the state’s budget “but also contributed to developing areas along the border.” Phirun said the state expects 2015’s casino tax take to rise a more modest 4% to $26m.

With the exception of NagaCorp’s NagaWorld casino in Phnom Penh, all Cambodia’s casinos are located in border areas with Thailand and Vietnam. Lately, the casinos bordering Vietnam have been subject to any number of lurid headlines, from the apparent suicide of a Hanoi man found hanging from a belt in a casino washroom in Svay Rieng Province to the kidnap and murder of an eight-year-old Vietnamese schoolgirl whose body was found near another casino in Svay Rieng.

Recently, Cambodian police are focusing their attention on an alleged protection racket that has been extorting money from Russian ex-pats in the Sihanoukville area in the country’s southwest. Vladimir Palancica, a local tour operator, said he was attacked at the Queenco Casino and Hotel last month by 10 men with guns and knives after Palancica refused to give his attackers money. Three tourists were reportedly injured in the melee.