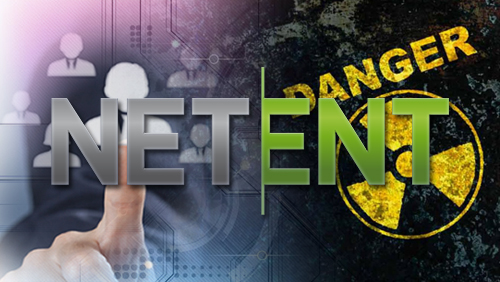 Last week we sang the praises of Sweden, its stable environment, its low debt, its budget surpluses, and its low taxes, at least as far as Betsson is concerned. Today, a look at one of Betsson’s suppliers, Net Entertainment, also a Swedish company, but with business centers and revenues originating from some very precarious jurisdictions.

First, a quick update on the Eurozone for background. This place is getting crazier literally by the day. And when I say literally, I don’t mean figuratively literally. I mean literally literally, by the day, just nuts.

The sad news and a testament to how bad of a judge of character I can be, Greek Finance Minister Yanis Varoufakis, after claiming he would resign “the minute he senses that he is becoming a politician” has gone full politician. I mean full-on total politician, I see your Clinton “What the definition is ‘Is’ Is?” raise you a Weiner “My twitter account was hacked and I don’t tweet naked pictures of myself to women who are not my wife…twice,” and present to you this Royal Flush, “That video of me giving the finger to Germany, which is clearly absolutely of me, was doctored and I’ve never given the finger to anyone, ever.”

Anyway, Germany is not happy and not unlocking any bailout funds, Greece is almost out of cash with a few billion Euros due to the IMF and ECB come Friday, and German Finance Minister Wolfgang Schaeuble is justifiably pissed off, personally. Speaking of the current situation with Troika auditors (now referred to as the “International Institutions”) already on the ground in Athens, Schaeuble said:

“None of my colleagues, or anyone in the international institutions, can tell me how this is supposed to work,” German Finance Minister Wolfgang Schaeuble said in Berlin Monday. Greek leaders are “lying to the population,” he said.

I can’t explain it either. There is nobody over there making any sense. They want more money, there is no money, and there’s nothing else to say.

On the heels of this, Italy is getting worried, with its own Finance Minister, some guy named Pier Carlo Padoan, vehemently denying that Italy will be next in line once Greece falls, using vague nonsensical talk that is calculated to contain within it the largest amount of words with the least amount of meaning as possible.

His “words”, when asked if Italy will experience an interest rate attack once Greece leaves:

“I don’t think so, because to the extent that [interest rates] price risk, the Italian risk will not increase as a consequence of a Greece accident,” he said, then adding, “Because the fundamentals in Italy have very much strengthened over the recent past as for instance the assessment by the commission of our fiscal and growth position shows.”

There’s one thing certainly growing in Italy though: Debt.

Now that Padoan is officially denying any problem, you can be sure it’s getting serious.

Now where does Net Ent fit in?

No one can deny, for now, that Net Ent’s numbers are spectacular. They know what they’re doing, they clearly supply great games to gaming companies, and they are growing at a furious pace. The best highlights are:

The two most important figures here I believe are 4 and 5. An increase of 31% in gaming transactions shows that its products are really in demand and it’s pulling away from the competition. And of course, no debt means no exposure to interest rates. Fundamentally, there is nothing wrong with Net Ent. In fact, everything is right with it, aside from maybe a he P/E ratio of 42.

So why not buy the stock now? Because we don’t know where exactly it’s holding its money. 64% of its revenue comes from Malta, which may only mean revenue originating from Maltese-regulated companies, but could also mean that its bank accounts are there as well. Further, it is investing heavily in Italy, and it cites Spain as one of its top growth strategies for the near future. These are not safe countries.

From a Washington Post article in March 2013, around the time Cyprus was being “bailed in” due to its oversize banking sector and despositors were being fleeced to pay off bad loans:

As of December, Malta’s bank assets totaled 792 percent of GDP, a higher share even than seen in Cyprus. The country, as of mid-2012, was even more exposed to Greece, as well, with exposure totaling 4.3 percent of GDP.

Malta is an island just waiting to erupt in an enormous banking crisis of Cypriotic proportions. Bail ins, where banks just out-and-out take depositor money, will likely happen. A 4.3% hit to GDP from a Greek default will do the trick. The ultimate question is where is Net Ent’s money stashed?

In Malta, or somewhere else? There is no information in its annual reports. If it’s in Sweden, then the company can weather a Maltese storm easily. If it’s in Malta, they’re in much bigger trouble.

Net Ent continuously cites how great the country is as a hub for the European gaming industry, and that is certainly true, which is exactly why its banking sector is close to 7x (probably more now) the size of its entire economy. Because it attracts a bunch of companies there who open bank accounts and stuff them with cash due to an easy regulatory environment. That’s fine, until the fractional reserve base that all banks operate under implodes. This will not end well.

The same, incidentally, goes for Betsson which is also licensed in Malta, but its customers are in Scandinavia so a Maltese hit would be more diluted. Net Ent’s customers are mainly businesses, themselves centered in Malta, which concentrates risk much more, if that is indeed where the bank accounts are located.

So while Net Ent is growing nicely for now, it has positioned itself (possibly) on the most dangerous fault lines of the Eurozone with seemingly no awareness of what might be in store. In its political risk assessment, it exclusively focuses on regulatory developments and liberalization trends and an unpredictable legal environment. That’s an issue, but what’s much more of an issue is if Malta suddenly seizes 20% or 30% of Net Ent’s accounts in a bail in and catching the company totally blindsided. Gaming executives are not experts, and are not supposed to be experts, in the vagaries of international finance and the intricacies of the banking system.

The bottom line is this: If Net Ent’s assets, or a large portion of them, are located in Sweden, it’s a full on buy. If they’re located primarily in Maltese banks, then it’s not, at least not until the dust clears. Annual reports do not say, but I would suspect it has a lot of assets in Malta itself, given the size of that country’s banking sector. It didn’t reach 7x the size of its economy by companies stashing cash elsewhere. Either way, Net Ent is a good enough company to survive, rebuild, and thrive even after a worst case scenario.