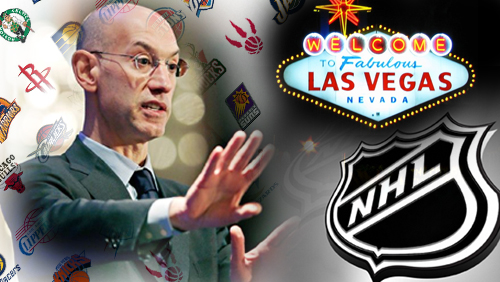 NBA Commissioner Adam Silver has been front and center in advocating a legalized sports betting infrastructure and his stance has won him many admirers, including his bosses.

NBA owners are coming out in force, throwing their support behind Silver as he continues to champion for legalizing sports gambling in the US.

Dallas Mavericks owner Mark Cuban said he has always been an advocate of such a move. “We’ve always been hypocritical saying we didn’t realize it was a big part of interest in the game,” Cuban said, as quoted by a Newsday report. “When you do any work on where people are actually gambling, it’s all overseas and places we can’t see, and the league has got to monitor all these third-party betting sites and that makes it a lot tougher.

“By bringing it where we can see it, you reduce a lot of the risk that something bad can happen,” Cuban added.

Los Angeles Lakers president Jeanie Buss isn’t as quote-friendly as Cuban or some other owners. She rarely talks but when she does, her words carry a lot of weight. Buss declared that “as a league, we’re behind our commissioner in the process of supporting legalization on a federal level.”

“If our fans are already doing it, then it should be something that’s brought out into the mainstream and it should be regulated,” Buss added.

The question now is whether commissioners from the other four professional sports leagues in the US share Silver’s determination to push for a legalized sports betting infrastructure. MLB Commissioner Rob Manfred has said all the right things, but has yet to have any MLB owners vouch for his position. MLS Commissioner Don Garber has been quiet, as has the NHL’s Gary Bettman. As far as the NFL is concerned, well, as long as Roger Goodell is commissioner, don’t hold your breath on seeing him join Silver’s crusade.

Asked why the other leagues aren’t as overly enthusiastic about supporting Silver’s position, the always quotable Cuban simplified it in two words: “Old school.”

Speaking of Bettman, the NHL commish has said that if Las Vegas does get an NHL franchise, it would be via expansion rather than an existing team relocating to Sin City, as has been suggested by hockey pundits in recent months.

Earlier this week, Bettman told Rogers Sportsnet there are no plans to move an existing franchise into the desert, citing the current status of ownerships being “the healthiest they’ve ever been.” While that statement isn’t entirely accurate, at the very least, ownership is the healthiest it’s been in recent years.

But at least Bettman is recognizing the fact that hard-working people in Las Vegas, led by billionaire businessman Bill Foley, are championing the cause of bringing an NHL team to town. The commish hasn’t indicated any concrete expansion plans, but Bettman did say that the current ticket drive being undertaken by the proposed ownership group has the ear of the league.

That’s a battle won for the group in the grand scheme of things.