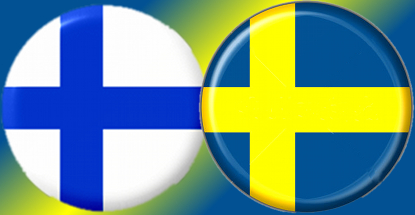 Apps linked to 888, Betfair, Bet365, Betsson, PokerStars, William Hill, Unibet and others were unceremoniously yanked from view late last month following a complaint filed by the Lotteriinspektionen (Swedish Gaming Board).

A Lotteriinspektionen spokesperson told eGaming Review the complaint wasn’t actually a complaint, but merely an “informative letter” that sought to “verify the terms and conditions” of Apple’s gambling policy. You know, like how Anna Sage didn’t really rat out John Dillinger, she just thought FBI agent Melvin Purvis would like the movie playing at the Biograph Theater that night.

Some of the affected operators are reportedly discussing the matter with Apple in the hope of persuading the tech giant that Sweden’s suspect gaming laws don’t justify the apps’ removal. Apple recently reinstated a number of gambling apps that had been pulled from the UK App Store following what was dubbed an “admin error.”

Sweden’s offending apps vanished just weeks after the government announced that the long awaited revamp of its online betting regime had been postponed until some unspecified future date. The European Union’s top court has ordered Sweden to justify the online betting monopoly of state-owned operator Svenska Spel but Sweden appears to be thinking the problem will go away if it just thinks happy thoughts and pours another shot of Absolut Denial.

FINLAND WON’T PROSECUTE PLAYERS WHO VISIT INTERNATIONAL SITES
Similar concerns of online gambling firms poaching from local monopolies are being voiced across the border in Finland. Finland’s four authorized operators – RAY (slots), Veikkaus (lotteries), Fintoto (horseracing) and PAF’s monopoly in the autonomous Aland islands – generate annual revenue of €1.7b. That dwarfs the estimated €130m spent with international online firms, but concerns are that this gap is shrinking.

Internationally licensed operators have been accused of using social media and paying Finnish bloggers to circumvent Finland’s gambling advertising ban. RAY’s biz-dev VP Timo Kiiskinen told Yle Uutiset that this social media marketing “causes quite a headache for [RAY] and the authorities should look at the issue more closely.”

Katriina Laitinen, legislative affairs director of the Ministry of the Interior, said the growth of Finnish-facing international online gambling sites had not gone unnoticed and the government was “prepared to change the law if necessary.” But at the moment, “there are no solid plans to limit international sites.”

Laitinen also rejected suggestions that Finland would adopt measures to prosecute players who patronize international sites, as Germany has recently done and Poland has promised to do. Laitinen insisted that “online gamblers are not committing any crime when they play on foreign sites.”